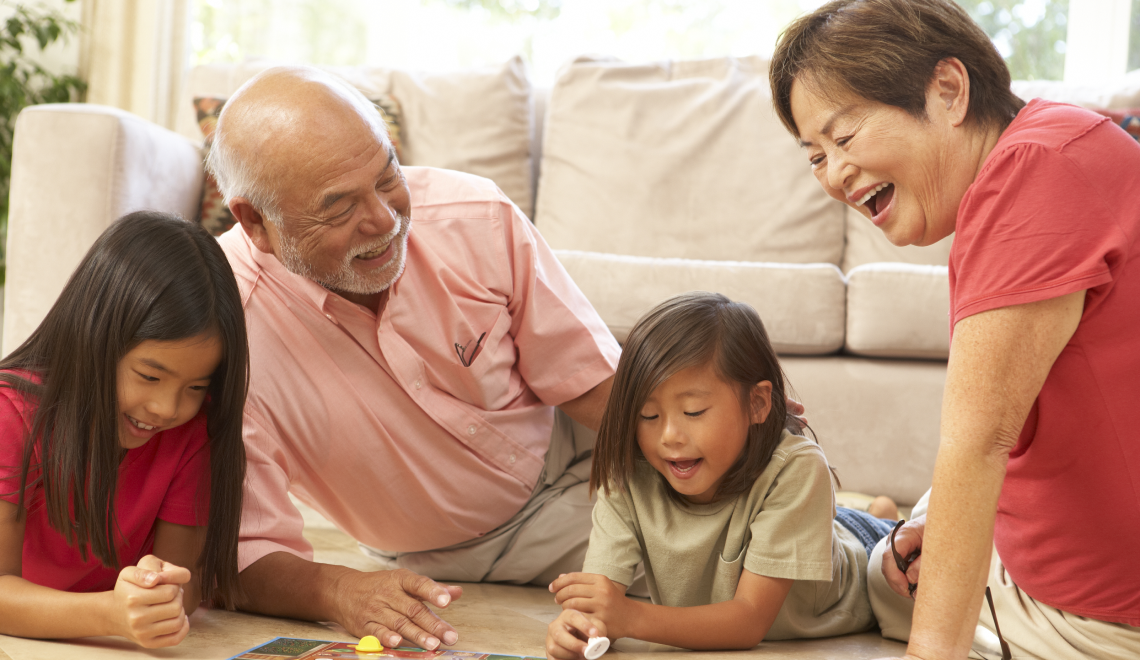 It’s no secret that games make learning fun! This also holds true for language learning, and games are a great way to actively strengthen your language skills.

Many classic games can be adapted to create a fun language learning exercise. Take a moment to think of your favorite game. Chances are, there’s a way to play it in your target language!

Here are a few examples of how to play classic games in a way that strengthens your language skills. These are great for classroom use, or to play with friends and family online and in person.

In this game, one player is designated as “Simon,” and gives the other players simple directions. However, the other players should only follow commands that begin with the phrase “Simon says.” Playing this in another language is a great way to practice simple verbs, phrases, and commands.

If the group is just starting to learn the new language, you can always go over a few key phrases beforehand, such as “raise your right hand” or “touch your nose.” Putting these into practice immediately will help solidify them in your memory.

Plus, be sure to learn how to say “Simon says” in your target language. For example:

In this game, one player selects an item that’s within view and provides a simple description, such as “I spy something red.” They can choose to provide the color, the first letter, the size, or any description they’d like. Then, the other players ask follow-up questions and try to guess what the item is.

This is a great game to practice using simple descriptive language and asking questions in your target language. And as an added bonus, it can easily be played anywhere, from classrooms to long car rides.

If you have a deck of cards, “Go Fish” is a great game to play. In this game, each player begins with the same number of cards in their hand, and the goal is to create matches (for example, a pair of Jacks). Once a match has been made, those cards are removed from the player’s hand, and the first player to get rid of their hand wins the game.

To create matches, each player must make a specific request of another player (for example, “Do you have any Jacks?”). If the player has those cards, they must hand them over. If they don’t, then they can say “Go fish” (meaning, draw from the main deck).

Try playing this game entirely in your target language. It’s a great opportunity to practice making requests and responding to them. You’ll also be able to solidify your knowledge of numbers in your new language.

This fun game can be played in many iterations and formats. One typical version is that each player writes down a well-known person, place, or thing on a card, such as an index card or sticky note. Then, each player places another person’s card on their forehead—without looking at it—and asks questions until they can guess what the card says.

All questions must be “yes” or “no” questions and should be asked in full sentences for maximum vocabulary-building. When played entirely in your target language, it’s a fun way to put your language skills into practice.

This game can be played while walking around the room and chatting with many different people, which is a great way to build casual conversation skills. Or, it can be played with one person in the “hot seat,” while the entire group asks questions.

Pictionary is a classic game where one person draws a given word, and the rest of the group has to guess what the word is. When played in another language, this is a great way to learn new words in a way that’s fun and memorable.

Pictionary can certainly be played in-person with pen and paper, but there’s also an easy way to play it online on Skribbl.io. The website even gives you the option to play the game in whichever language you choose, so you don’t have to make any adaptations yourself.

Wordle is a popular game where you have six tries to guess a five-letter word, which changes daily. Did you know that Wordle can also be played in other languages?

This is a great way to practice spelling in your target language. And, because the daily word may not be a word you already know, it’s also a fun way to expand your vocabulary.

Check out Wordle in other languages:

This is definitely not an exhaustive list! As you can see, any of your favorite games can be played in your target language. Here are a few more ideas:

Feel free to get creative, as the options are endless.

Level up your language learning

Looking for a fast, effective, and fun way to learn a new language? Rosetta Stone is a great fit. You’ll have your own personalized pathway to success based on your current knowledge, interests, and goals. You can make progress anytime, anywhere with bite-sized lessons on the award-winning mobile app. And you’ll be fully immersed in your new language, boosting your brain’s ability to make lasting connections.

Want to give it a try? Start your free trial now and see for yourself.