Sh*t’s Getting Real with Brendan Kelly

This is Episode 1 of Sh*t’s Getting Real. Read what happens next.

Hi, my name is Brendan. Clearly, I’m new here, so nice to meet you all. I’m sure you’re wondering what this is all about, so lemme get right to it.

The good folks at Rosetta Stone hit me up and asked if I was interested in learning a language and blogging about the trials and tribulations of undertaking such a task. “We are still well known, but people think of us as a CD-ROM company” they said. “Google Translate has made it harder to convince people that all the work that goes into actually learning a language is worth it,” they said, which, wow… (I have to say, Google Translate has helped me out of some rough spots, but it’s never been as cool as the few times that I’ve been able to bust out my pidgin version of whatever language my host country speaks and get something to happen…. that’s just such a home run with everyone around you, but I digress…).

The fact is, learning a language is like lifting weights or writing songs in your basement: It’s challenging, and it can be scary to get started. What’s more, results don’t present themselves right away, but once you’ve got the hang of it, you’re RIPPED, or your songs are on the radio, or you’re the guy saving your friend from ordering the eyeball platter in Shanghai because you have put in the work and know what’s up. Knowing a language is pretty dope, and no translator app is a substitute for that. But what if you had an app you could speak directly into that would help with your pronunciation and reward you for it? Well, turns out, that’s exactly what Rosetta Stone is now. Take THAT, pile of CD-ROMs!

The fact is, learning a language is like lifting weights or writing songs in your basement: It’s challenging, and it can be scary to get started.

The future is here, folks, and as an early adopter of technology, this highly mobile and low pressure new methodology really appealed to my main character traits: I’m always on my phone anyway, I WANT to learn a language, I’d like to do it in private, and finally, I’d like to not look like a TOTAL dipshit when trying to employ said language for the purposes of communication.

So, of course, I agreed to this project right away. Rosetta Stone (and I’m not just kissing ass here because I’m working for them, I literally said this on the phone when I talked to my new overlord for the first time) is a cool company. What they do is laudable, and generally the idea of learning a new language propels people to travel and experience new things and/or maybe just think in a slightly more nuanced way, that’s a little more… what’s the word I’m looking for… accepting and open-minded, and we all, particularly us Americans, could probably use an infusion of acceptingness and open-mindedness these days, lo mein?

… we all, particularly us Americans, could probably use an infusion of acceptingness and open-mindedness these days, lo mein?

Anyway, I’m assuming at this point you’re wondering who I am and the answer is laughably dumb: I’m Brendan Kelly and I got my Italian citizenship when I learned that because my “NoNo” was an Italian, I could be one too, and that seemed like a pretty good idea, all things considered. I am also an American citizen. I was born in Missouri and slapped with a ridiculously Irish name even though, as my father told me last summer “we’re actually not Irish at all,” (which, weird, right?) and I travel all the time. Oh, it should be noted immediately that even though I’m an Italian citizen, I don’t speak Italian. That fact, believe it or not, will become relevant soon enough.

I only speak one language, and it kinda sucks that that’s true.

I’m the singer and bassist in a rock band. We’re okay, but you’ve never heard of us, as we are in a very niche part of the punk scene. We’ve got a pretty good audience and we travel the world playing our songs and, luckily for me, being a musician is (shit, WAS, before I started this blog!) my only job. I’ve been touring for the past 27 years and as a result, I’ve got a great appreciation for different perspectives and cultures and diversity in general. However, I only speak one language, and it kinda sucks that that’s true. But regardless, travel has defined my life for the past three decades.

The brilliant Baltimore-based director, John Waters, has a quote about travel and this is it:

I think the only way you can be racist or homophobic is if you never leave the neighborhood you were born in, and you hang around with stupid people. So I’ve always thought that someone who was really racist should be sentenced to travel.

That’s a powerful and remarkably dead-on thought. But take it one step further: There’s a pop-psych notion that the language we use as our main tool of communication is highly influential on who we become. So, for example, you know how everyone says the French are snooty, self-important dicks? This theory posits that that’s because when you see a French word, with all its silent letters and so forth, you don’t intuitively know how to pronounce it. They do. It’s like a code for the members of a club that you’re not in! How could that NOT make people born into that language scoff at you for your caveman ignorance in a beautiful outdoor Parisian cafe? I can’t even begin to spell the series of words the French have that means “appetizers.” No wonder they think I’m dumb and barbaric.

Travel and language are really, truly what pushed humans to the forefront of the genetic race to conquer the world over the cows and pigs and goats and lions and lamas and shit. If squids spoke French, we could be THEIR calamari. But thankfully, while squids are stuck battling sperm whales in the deepest oceanic depths, we have the opportunity to travel and learn languages and explore culture, and that’s why I’m here.

The wonderful people at Rosetta Stone have asked me to learn a language and blog honestly about all the little victories, frustrations, progress, hardships, excitement and the sense of personal achievement that goes along with the whole experience. It’s fairly daunting, but I’m up for the challenge and I hope that you’re up for reading about it. I’m gonna be honest: I’m not one born with a propensity for learning other languages at all. I have this one language under my belt and I got to the point where I could casually drop words like “propensity” into my sentences and then I quit progressing and focused on the guitar.

I’m the guy who says ‘that means four Euro for that coffee’ to my even less language experienced friends, but that’s all I’ve got.

Of course, I’m picking Italian. I mean, I vote in the Italian elections and can’t even read the ballot, so it’s kinda my responsibility as a citizen to pull it together, no? Full disclosure: I took a little Italian in college and when I go to Italy now, I’m the guy who says “that means four Euro for that coffee” to my even less language experienced friends, but that’s all I’ve got. I’m essentially starting from scratch and I expect it to be hard, I expect it to be weird, and to add another layer to this whole thing, I’m gonna be touring for a lot of this, so I’ll be well equipped to tell y’all all about the ups and downs of learning a language via app in a fully immersive 24 hour a day work environment. I suspect that these blogs are gonna be so kickass that you’ll be refreshing this page constantly, but I’d also like to hear from y’all. So email me if you have specific questions or stories to share and I’ll do my best to keep this a community thing. That’s the endgame of learning a language, right? To make connections with people from all over the place?

So yeah. Hit me up. Next stop is lesson one. Let’s see what happens. Thanks for coming along on the ride. 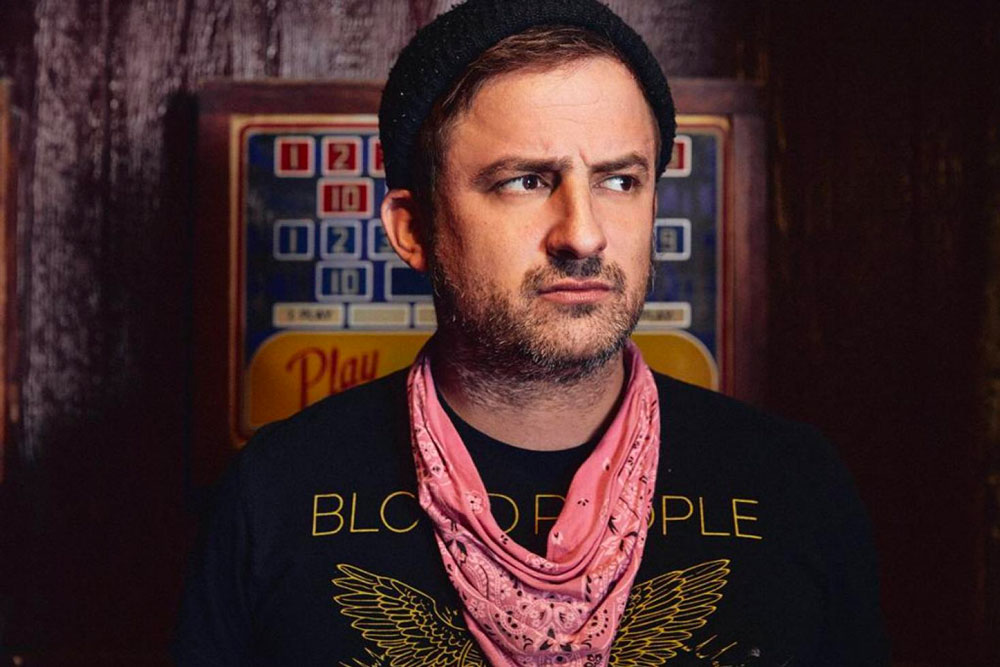