Safe Words: Why Language Is Your Best Friend When Traveling Alone 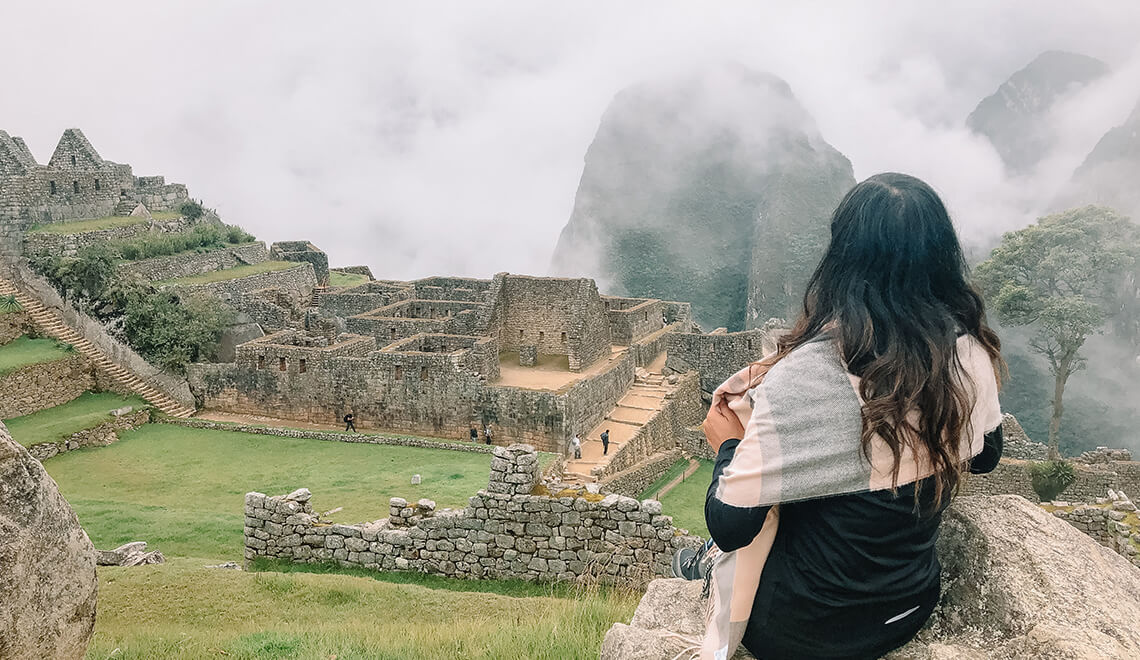 This series is a set of firsthand anecdotes from a seasoned solo woman traveler who has traveled to 50 countries in the last decade. Priyanka Juneja is also finishing up her MBA and a Masters in International Studies from Wharton and is the founder of @hera.travel, a platform to empower women to travel fearlessly.

If I only had a nickel for the amount of times I’ve gotten lost on a trip. Scratch that, I’d love a dollar per time. I might as well make it worth it. As someone who loves to plan, you’d think that this would happen less often but it’s hard to prepare for every single scenario. The first time I went to Buenos Aires, for example, a friend and I made our way across town using Uber and assumed we’d be able to find WiFi again to call another one to return to our Airbnb. That was clearly the wrong assumption. After a wonderful afternoon exploring the city center it was time to head home, so we grabbed some drinks at a place that had a sign proudly displayed that they had WiFi. As luck would have it, the WiFi didn’t work and we found ourselves in the middle of an area that we did not know at all and it was getting dark. We didn’t feel comfortable taking a cab after dark so we were quickly running out of options. Normally, this would cause me to panic a little but, because I speak Spanish, I was able to talk to locals and figured out we could take the metro back to our side of town. Phew, crisis averted.

When I was younger, my school had a foreign language requirement. This was something most kids never took seriously, but once I chose Spanish I fell in love with the language. I spent hours a week dedicating myself to adding new words to my vocabulary, studying the subtle nuances of the grammar, and getting excited anytime I was able to go from speaking sentences to paragraphs. In college, I chose to minor in it and studied abroad in Seville, Spain. (If you haven’t been, you need to go—trust me!)

While visiting a place where you don’t know the language can be equally as fun, knowing that I can get around and communicate makes me feel safer when I’m traveling.

Learning Spanish for me was so much more than just learning a new language. It taught me a newfound appreciation for another culture and ignited my wanderlust. After Spain, I was itching to explore Latin America. The region intrigued me in ways I didn’t know existed and my bucket list was endlessly expanding.

Being able to comfortably speak Spanish was a huge contributing factor to why I’ve since been to eight countries in Latin America and am eager to explore more. While visiting a place where you don’t know the language can be equally as fun, knowing that I can get around and communicate makes me feel safer when I’m traveling.

Language is an important tie into safety while you travel

Having a decent grasp on a language is not only important for your personal safety when you travel but also health and food safety as well. If you end up in an emergency situation, it’s important to know how to navigate it, especially if you’re traveling alone. I’m not saying you have to be fluent in all sorts of languages to travel (even though that would be incredibly impressive), but it is worth looking into key phrases in a language. Even if you don’t commit them to memory and instead have them written out. There’s a chance you’ll never even need them, but it may make you feel more comfortable just knowing that you have them.

If you have the time, you could even do a mini immersion before your trip. Check out Rosetta Stone’s Your Plan the moment you book your trip. With this feature you get a curated 6-week, 30-minutes/ day plan based on your proficiency and your motivation. While you’re doing that, see if there’s a restaurant from that country in your city and practice the basics while trying out the food. The possibilities are really endless and it’ll make you all the more excited for your trip.

What can be done about language barriers?

Different languages are a beautiful part about traveling. Just like enjoying new spices in the local cuisine, the brush strokes of a talented artist, or wandering around brightly colored streets. They are definitely an integral part of the local culture and one that you don’t want to miss out on.

That being said, language barriers can be difficult and can make travel a bit daunting. The mission behind Hera is to help women travel safer and as a part of that we are curating safety guides per destination that includes helpful key phrases. For example, for Buenos Aires you can find Spanish translations of phrases such as “Can you help me please? I’m lost” (¿Me ayudas, por favor? Estoy perdida) and “Is this place safe?”(¿Este lugar es seguro?) (Is this place safe?)”

This section is to provide you with tips on how to overcome language barriers.

Rosetta Stone has a Phrasebook for the most popular languages. Use it to get comfortable with the most important expressions, but don’t stop there.

Language barriers can be frustrating but it won’t help anyone if you are speaking incredibly fast and saying the same thing over and over. Get creative. Speak slowly, use non verbal cues, draw something out, try different diction, etc.

Accept that you won’t always have service and plan for it. With Rosetta Stone, you can download specific content (to save more room for photos).

If you have a health issue/dietary restriction, have the specific issue written out in the language before you travel so you can just show people the card. I am a vegetarian and had a card saying so when I went to South Korea—and this was a lifesaver

4 Big Lessons from Traveling Solo to the Middle East

How to Say “Thank You” in Spanish

The Easiest Languages to Learn for Spanish...