Speaking of German: Common Idioms to Sound Like a Real German 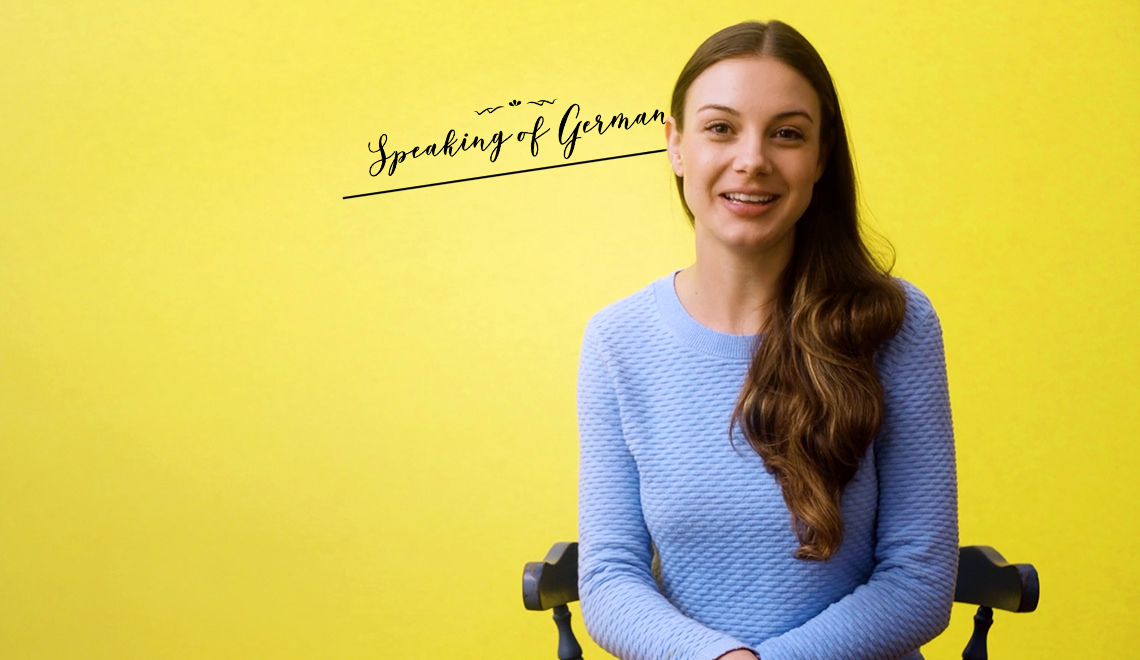 Idioms can make a conversation pop. Depending on the situation, they can often better help you communicate warmth, show passion, or inspire laughter than a more literal statement.

And when you’re learning a new language like German, they can help you sound like a local and avoid embarrassing mistranslations.

Below, find a few of our favorite German idioms.

Mit jemandem ist nicht gut Kirschen essen
Literally, this means “It’s not good to eat cherries with someone.” You would say this if someone is difficult to get along with.

Angsthase
Is someone being a scaredy cat? You might use this German phrase instead, which translates to “fear rabbit.”

Um den heißen Brei herumreden
Avoiding an awkward conversation? Instead of ignoring the elephant in the room, or beating around the bush, you could say this phrase, which translates to “to talk around the hot porridge.”

Ich verstehe nur Bahnhof
The next time you mean to say “it’s all Greek to me,” try this phrase instead. It translates to “I only understand train station” and means that something is difficult to understand.

Seinen Senf dazu geben
Looking for someone to share his thoughts? Instead of asking him to share his two cents, use this phrase to ask them to share their mustard.

Jemandem die Daumen drücken
The next time you want to wish someone luck, instead of saying you’ll keep your fingers crossed, try this German idiom—which means you’ll press your thumbs.

Ich bin fix und fertig!
Long day? Use this phrase to say you are “quick and done,” or exhausted.

Das ist ein Katzensprung.
This phrase literally means “that’s a cat’s jump” and you can use it to say something is nearby.

Tomaten auf den Augen haben
Try this the next time someone is oblivious to what’s going on. It literally means “to have tomatoes on your eyes.”

Zwei Fliegen mit einer Klappe schlagen
Heading to a Biergarten to practice your German and make new friends? You might say you’re “hitting two flies with one swatter,” or accomplishing two tasks at once.

TRY IT FOR FREE
GermanSpeaking of...
0 FacebookTwitterPinterestEmail

Your Unofficial Guide to Madrid with Nathalia Ramos