Micro-Sized Holiday Meals scales down culturally-rich recipes that are traditionally meant for feasts, so you can still get a taste of the holidays while staying at home.

Christmas in Germany, and the German-speaking regions including Switzerland and Austria, is synonymous with cozy Christmas Markets—the Weihnachtsmarkt. You can stroll through the lighted stalls with a warm mug of Glühwein—mulled wine with spices and snack on traditional German Lebkuchen cookies to spice up your palate, all while gift-shopping for your loved ones. This is truly one of the main perks of living in Germany: the magical and delicious Christmas season. Nothing says Weihnachten quite like Glühwein to ward off the cold, and a plate full of Lebkuchen.

Can’t wait for cookies and booze? Here are the recipes:

My favorite memory of a Christmas market was in Frankfurt in 2010 when a huge snowstorm blanketed the region, grounding flights and inconveniencing many travelers —but made the city-center picture-perfect as we trudged through the market with mugs of Glühwein. You pay a deposit on the ceramic mug so that you return it after finishing your drink, but I kept mine, and I still have it as a memento!

Unfortunately, in this unprecedented year of 2020, most of Germany’s famous Christmas markets have been canceled. Here in Berlin, where I live, as of mid-December drinking alcohol (and that includes Glühwein) in public is forbidden due to the latest lockdown. Now that’s when you know the Germans are serious!

You pay a deposit on the ceramic mug so that you return it after finishing your drink, but I kept mine, and I still have it as a memento!

But that doesn’t mean that Christmas itself is canceled! You can still create that special German holiday atmosphere by making your own Glühwein and cookies at home.

Some of the ubiquitous goodies found in Germany during the Advent and Christmas season include various cookies, roast nuts, the famous gingerbread—of Grimm’s fairytale “Hansel and Gretel” fame—and stollen, a type of fruit cake. The most famous stollen comes from Dresden, which is covered in powdered sugar and called a Christstollen is even a historically protected pastry recipe. In America, fruit cake has a bad reputation, but German stollen is mouthwateringly delicious and even good for breakfast. Originally, stollen was plain and prepared only with flour, yeast, and oil; but in 1490, when Pope Innocent VIII lifted the ban on baking with butter during Advent, stollen started to evolve into the dense and rich cake that is known today.

Of course, the most prevalent and beloved Christmas sweet is Lebkuchen—a kind of gingerbread-like spice cookie. These cookies come in many regional varieties and are said to have been created by monks in the Middle Ages using spices mixed with nuts, honey, and often placed upon an Oblaten—a thin communion wafer. Some are made with candied citrus peels and come dipped in chocolate, glazed, or plain. They ripen and soften over the weeks before Christmas as the spices unfold their aromas. The beautiful decorations, with nuts and glazes and their long shelf-life, also make them great gifts; they are sold everywhere.

Already starting in October or even earlier you can find Lebkuchen in all the stores, they are of varying quality. Again, Nurnberg stars and its Lebkuchen, which are known as Elisenlebkuchen, are the most popular and also regionally protected. Lebkuchengewürz, gingerbread spices, is also a hotly contested issue. Everyone has their own recipe for the right mixture, though making your own at home is always the best bet for freshness and flavor.

I remember my mother making many different kinds of cookies during Advent; they would go into containers to soften up. We weren’t allowed to touch the cookies for weeks before Christmas, which increased the anticipation of the special night — when heaping holiday trays of various cookie delights would appear. She made Lebkuchen from a recipe she learned in southern Germany in the 1970s, but there are many different recipes to recommend. This is one we picked:

Step 1
Slice 1 cup of lemon peels and 1 cup of orange peels, and mince together. Set aside.
Step 2
In a large bowl, add 1 cup of brown sugar and three whole eggs. Whisk until frothy. Add 2 Tbsp. honey and half (⅔ cup) the almond flour. Mix until combined. Add the remaining almond flour and ½ tsp. gingerbread spice. Continue mixing until it forms a dough together, which should be a little sticky but not too moist. Add more flour if needed.
Step 3
Fold in the finely chopped orange and lemon peels. On a parchment-lined baking sheet, roll dough into 2-inch balls and shape as desired. (A gently smoosh is enough to give it shape.) Bake at 300 °F (150 °C) for 20 minutes or until edges begin to brown.
Step 4
Melt ½ cup of couverture chocolate on the stovetop or in a deep bowl. Once your cookies have cooled, dip the tops of them in your chocolate.

What is Glühwein made of?

Making Gluhwein is actually pretty simple. There are many recipes online, but all you need is a bottle of dry red wine, sugar, and some spices like cinnamon sticks and cloves, and orange juice and zest. The trick is to simmer—not boil—the mixture for at least 40 minutes to let the flavors mingle, and taste often! Serving in a nice mug or cup is also recommended.

Step 1
Cleanly shave or peel the rind of your orange and set aside. Juice the orange.
Step 2
In a large pot, make a simple syrup by heating ¾ cup of water and ¼ cup of sugar over medium heat. Add in your freshly squeezed orange juice (about ½ cup), about 20 cloves, 2 whole star anise, 2 cinnamon sticks, and the orange peels. Bring to a boil and reduce to a simmer for an additional 2-3 minutes.
Step 3
Lower the heat and add the bottle of wine. Keep the temperature just below a simmer for at least an hour. Do not let it simmer. Stain into a mug or glass and garnish with a slice of orange and/or cinnamon stick (optional).

For the little ones and those who would like a non-alcoholic option (like yours truly), there’s Kinderpunsch, which is just what its name translates to, “kids punch.” This includes all the ingredients from Glühwein, but instead of the wine, you use hibiscus or some other citrus tea and add apple and orange juice. You can adjust the honey or sugar levels, and amount of spices to suit your taste.

How do Germans celebrate Christmas?

The Christmas season in Germany is known as Vorweihnachstzeit or Adventszeit. The four Sundays leading up to Christmas are celebrated by lighting another candle on an Advent wreath (Adventskranz) often made from pine boughs, as the weeks are counted down to Christ’s birth. Germans usually celebrate Christmas on the 24th, called Heilig Abend (Holy Night) when they gather with family for a meal, sing songs around the tree, and exchange gifts. Many of the traditional Christmas songs we all know and love come from the German-speaking region, like O Tannenbaum—O Christmas Tree, and Stille Nacht—Silent Night, most notably.

More about our coaches

This article was written by a language learner who lives abroad with help from our two of our many expert coaches, Susi and Anja, who lead tutoring sessions for Rosetta Stone learners. If you’re interested in popping into something interesting, consider checking out our Live Lessons. 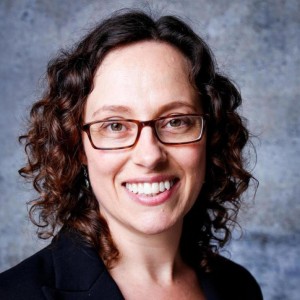