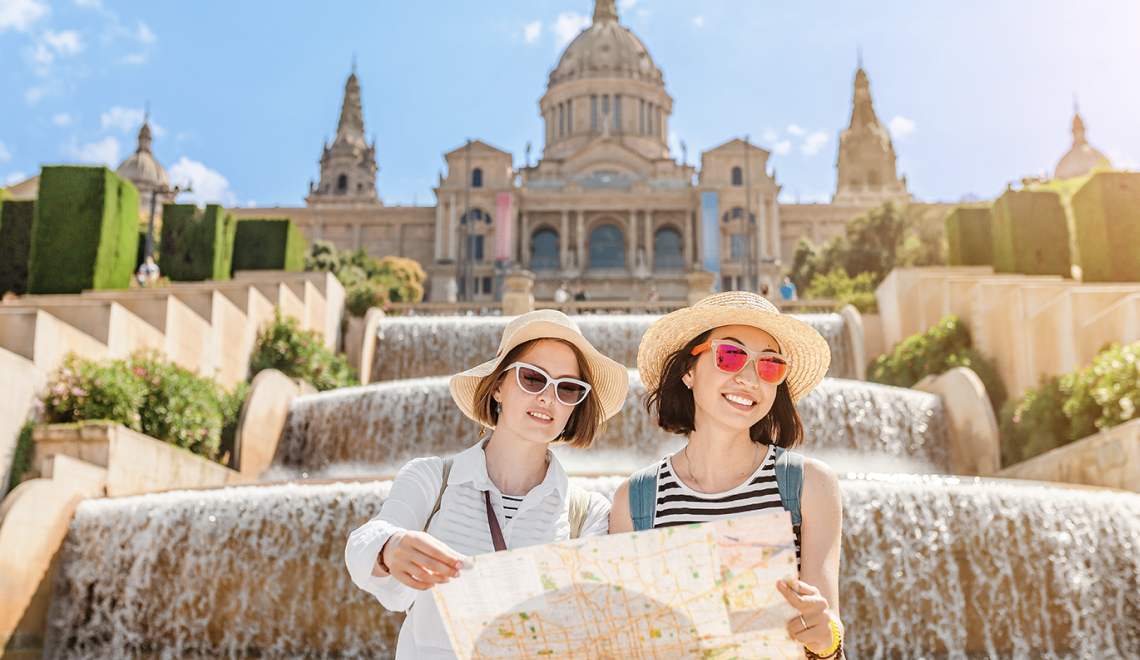 While Spanish is one of the easier languages for English speakers to learn, the topic of Spanish verbs and conjugation can be a complicated one. There are a number of factors to take into account when conjugating verbs in Spanish—tense, reflexive verbs, regular and irregular conjugations, and indicative versus subjunctive mood to name a few.

That said, the best way to master Spanish tenses is by taking a scaffolded approach. In this post, we’ll take a look at the most common Spanish verbs at their most basic level: present tense conjugations of the 12 most common Spanish verbs, according to the Royal Spanish Academy, or RAE. The mission of the RAE is to ensure the stability of the Spanish language in Spain. It’s important to note that no less than 21 similar academies exist in the Spanish-speaking world, meaning the 12 most frequent verbs can greatly vary from country to country.

Spanish verb conjugation is unique from English conjugation in that it is considerably more complex and detailed. To begin, it’s important to know that one way that Spanish verbs can be classified is by verb endings: -ar, -er, and -ir. To conjugate a verb in Spanish, you remove the ending from the infinitive form and add the conjugated ending. Here are some examples using three very common Spanish verbs:

The Real Academia Española has released several word frequency lists of the Spanish language. In this list of the 1,000 most common forms of words in Spanish, conjugations of the following verbs stand out. In order of frequency, they are: ser, estar, haber, poder, tener, hacer, decir, deber, ir, ver, parecer and dar.

Similar to English, the conjugations of almost all of these most frequent verbs are irregular, which means they don’t always follow normal conjugation rules. To understand irregular verbs, think of the difference between the words “kick” and “throw.” When you conjugate kick into other tenses, like “kicks”, “kicked”, or “kicking”, the conjugations follow consistent rules that apply to tons of other verbs. This makes it a regular verb. When you conjugate “throw”, though, the past tense version is “threw” instead of “throwed.” It doesn’t follow those consistent rules, which makes it an irregular verb.

In a very general sense, ser is used to describe the essence of someone or something, characteristics, occupations, or relationships. For example:

Ser is also used to describe ownership and time. Here are some examples:

Estar is generally used to describe the state in which someone or something finds itself, such as their feelings, location, or physical condition. As an example:

It also works with present participles — also known as gerunds — to form the present progressive tense. Here’s an example:

Están saliendo del tren. (“They are leaving the train,”)

Used as an auxiliary verb that goes before other verbs, haber is used in the perfect tenses. An English equivalent is “to have.” Here’s an example sentence:

He comprado un teléfono nuevo. (“I have bought a new phone.”)

A special form of this verb, hay, is used to express “there is” and “there are” in Spanish. For example:

Hay café en la cocina. (“There is coffee in the kitchen.”)

Poder is best translated as “to be able to.” In English, an equivalent would be to say that one “can do something.” Here’s an example:

¿Puede repetir, por favor? (“Can you repeat that, please?”)

To express possession, use tener. Tener is also used to express obligation and age. Here are a few examples:

Tienen que ir a trabajar. (“They have to go to work.”)

This verb is usually translated as “to do” or “to make,” but it’s very flexible. While it certainly is used in those circumstances, it can also express the concept of time passing. Take a look at these examples:

Hago mis impuestos en marzo. (“I do my taxes in March.”)

Hace una hora que llegó. (“He arrived an hour ago.”)

Decir means “to say” or “to tell.” Be careful not to confuse this with the verb hablar, which means “to talk.” You most often use decir when you talk about communicating information to another person, unlike hablar, which emphasizes the action of speaking.

¿Como se dice esto en español? (“How do you say this in Spanish?”)

Like tener, deber expresses obligation. But, in the case of deber, your obligation is stronger. It often has a moral component.

Used to express movement, ir basically translates into “to go.” It is also used in the construction “ir + a + infinitive” to give a version of the future tense in Spanish. In English, we use the word “going” in a similar way. Here’s an example sentence:

Él te va a llamar más tarde. (“He is going to call you later”)

Ver means “to see” in Spanish. It is a passive action, versus the more active action expressed with the verb mirar, which means “to watch” or “to look.”

When you want to say that something seems like something else, you use the verb parecer. It is often used to express the idea of feeling or thinking that something is a certain way. For example:

Dar is an easy one to remember, as it means “to give.” For example:

Dan dinero a la caridad. (“They give money to charity.”)

Worried that learning Spanish verbs and conjugations will be too tough? Don’t fret, you can make the process easier with Rosetta Stone. Our award-winning program can help you learn a language faster and more confidently than you would if you studied on your own.

Hone your language skills with bite-sized lessons that immerse you in a language, with images and audio from native speakers rather than pages of vocabulary, and get immediate feedback on your pronunciation with Rosetta Stone’s TruAccent technology. Visit rosettastone.com or practice on the go with the Rosetta Stone app to start your language journey today!

Learn French Numbers 1-100 With These French...