The “American Kitchen” & 10 Other Things Called “American” in French 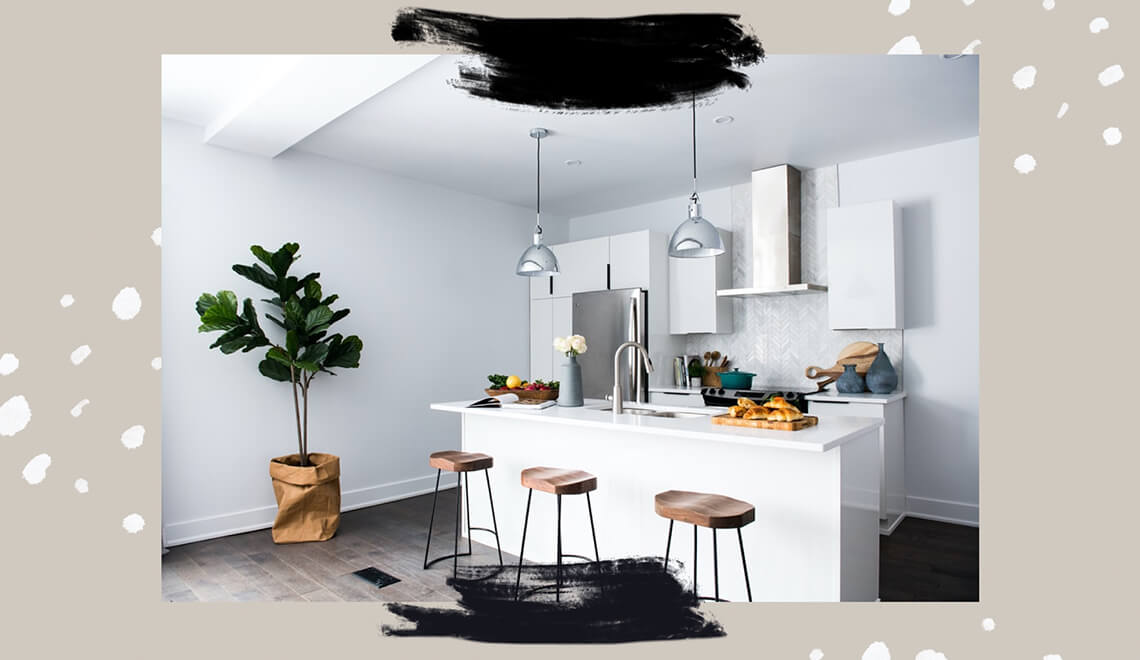 If you’ve watched any home renovation show, you’ve probably heard of French doors, a pair of doors usually made with glass. Well ‘French doors’ isn’t the only phrase in the English language that uses the word “French” in them, whether they’re really French or not. There’s French toast, French vanilla, a French press, a French kiss, French fries, French braids, a French manicure, and French bread, just to name a few. But in French, these words aren’t considered anything special. French toast is called pain perdu, or lost bread, because you use old bread that’s lost to most other uses. But, French toast actually dates back to ancient Rome.

French fries are known as pommes frites, fried potatoes, but are most commonly known as simply, “frites.” They actually came to France from Belgium, and are said to be called French fries because Abraham Lincoln brought the recipe back to the United States after being served them in France. A French kiss is just called un baiser avec la langue, a kiss with tongue, or un baiser profond, a deep kiss. Though in French slang, the verb “to French kiss” is commonly referred to rouler une pelle, or literally to roll a shovel, or spade.

You know the French have influenced certain aspects of American culture, but it goes both ways. In French there are phrases that use that word “américain” (masculine) or “américaine” (feminine) to describe certain things, so let’s take a look at what things the French consider to be “American.” Let us know if you think they’re really American or not.

This means “American kitchen,” and it refers to an open plan kitchen. Most French homes have a separate room for their kitchens, but as French architecture and design has become influenced by other cultures, there are more kitchens that open up to the living room or dining room.

Un coup-de-poing is a punch, and un poing is a fist. So in France, an American punch or an American fist actually means brass knuckles. Like French toast, this actually originated in either ancient Rome or Greece.

This phrase is commonly shortened to simply “un billard,” and it means the game of pool, specifically one of the American variations. Interestingly, pool was actually invented in France, but there were many variations and the most popular variation, 8-ball pool, was invented in the United States. Thus, when you hear someone talking about “un billard,” they are most likely referring to “un billard américain,” but you can’t be 100% certain since there are a lot of variations.

This is a type of camera shot where you see the subject from their head to their knees and in the U.S. is called a three-quarter shot. This shot is really commonly seen in American films, and was especially common in American westerns.

This literally means the American quarter hour, and is the moment during a dance where the girls invite the boys to dance. This expression came to France during the 1970s when women, influenced by the Women’s Liberation movement, realized they wanted to break conventions and started asking men to dance.

An American refrigerator is the type of refrigerator with two doors that opens down the middle. Historically, French fridges are much smaller than American fridges because as a culture the French tend to buy fresh goods with short shelf lives instead of processed and frozen foods that last longer. Though, many of the French now have fridges that are comparable in size to American fridges.

In French, un rouleau means a rolling pin or a paint roller, but when you tack “américain” at the end it refers to a balance board. These are commonly used in circus acts, but also becoming more popular for exercise and for toys.

If you hear someone describe something à l’américaine it means American style. This phrase is usually used to talk about business because business in France and the U.S. are pretty different. Business in the U.S. is seen as a little more relaxed in the sense that employees can work from home more often, have open workspaces, and get a variety of work perks. One stereotype of business à l’américaine is Google.

We hope you enjoyed learning about all of the different things that the French language considers American!

Hard Conversations: Learning from the Resilience of Refugees

Flea, Cabbage, and Other Romantic Names to...