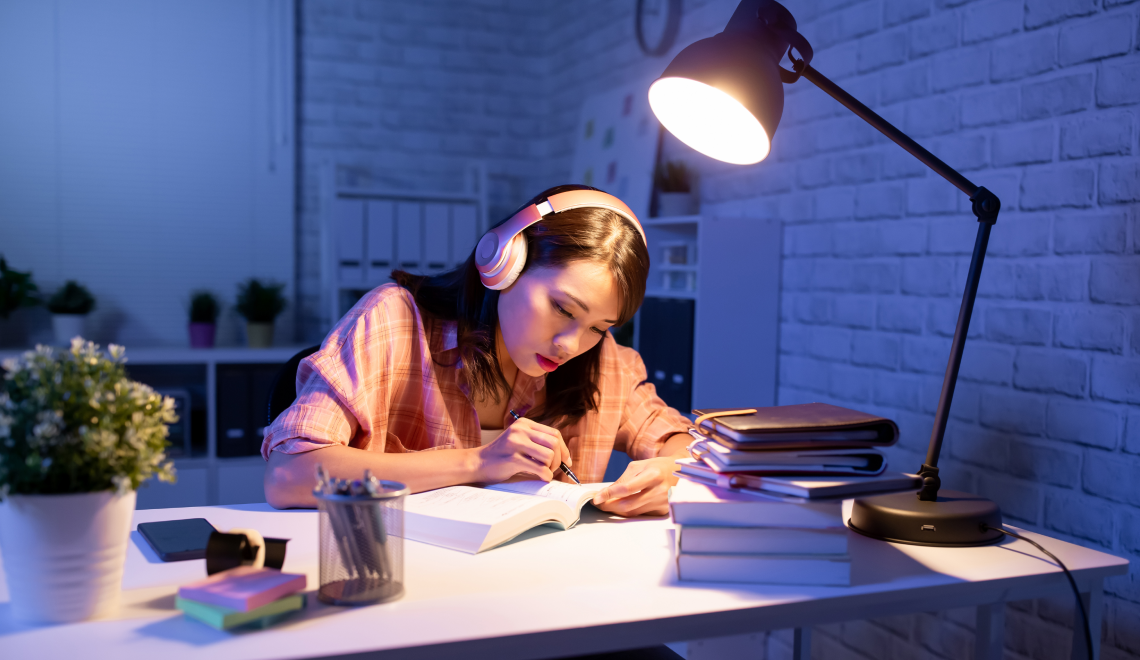 In many cases, learning a language is easier than you think. As with any skill, if you work at it consistently, find the right resources, and connect with likeminded people, you’ll start finding success.

That being said, not every language offers a smooth path to mastery. Some languages have very different writing systems, sounds, and grammar from English, and you’ll have to start with the absolute basics to get a grasp on them. While other languages take hundreds of hours to attain proficiency, these languages take thousands.

If you think your passion for language learning is up to the challenge, here are four of the hardest languages you can learn as an English speaker.

Mandarin is the second most spoken language in the world and, to the frustration of budding linguists, infamous for being difficult to learn.

The most noticeable source of this difficulty is its writing system, hànzì, which uses logograms instead of letters. Logograms are characters that can represent entire words, and you’ll need to memorize about 200 characters in order to read in common situations like navigating a public space or ordering at a restaurant. Achieving fluency requires memorizing a few thousand characters over years of study.

Hànzì is hard enough that it’s typical for Mandarin learners to learn a different writing system first, called pinyin. Pinyin is a phonetic alphabet for Mandarin, and is much easier to grasp since it uses the same letters as English’s alphabet. It’s incredibly helpful for learning pronunciation, and can enable you to read some written Mandarin as many Mandarin speakers use pinyin to text or type. However, it’s best to think of it as a bridge to literacy rather than an end goal.

Another big hurdle in learning to speak Mandarin is that it’s a tonal language. That means the inflection and pronunciation of a word can completely change its meaning. Mandarin has four main tones:

A popular example to show Mandarin’s tones in action is the word “ma,” which changes meaning depending on how you pronounce the ‘a’ sound:

Since tones are key to speaking Mandarin, learners who want to develop even basic conversation skills will need to spend time practicing intonation, and be extra careful with pronunciation.

Compared to Mandarin, Arabic has more aspects in common with English. It uses a writing system called an abjad with a moderate number of letters (28 vs. English’s 26), and even has some shared vocabulary. For example, algebra comes from the Arabic word al-jabr, and sofa comes from suffah.

Those similarities only go so far, though, as Arabic follows a number of rules that can throw beginners for a loop.

Even though Arabic has only 28 letters, a letter can change its shape depending on its position in a word and the letters around it. As a result, each letter in Arabic can have up to four distinct forms learners will need to recognize:

Additionally, short vowels don’t get written out as full letters in most written Arabic, and Arabic is written right to left. That means sentences written in Arabic sht ekil erm kl wll (will look more like this). If you know the language well it’s not hard to figure out how to pronounce those words, but if you don’t it adds an extra level of difficulty.

Speaking of pronunciation, Arabic uses several sounds that don’t exist in English, and some of these sounds are pronounced using your throat. One example is the letter ح, which is an ‘h’ sound that requires you to partially squeeze your throat muscles. Imagine breathing on a piece of glass to fog it up to get an idea of how this sounds. You’ll probably need to train yourself before you can make these sounds consistently.

Japanese may be the most intimidating language to start learning, simply on the basis that it has not one, not two, but three writing systems. Two of them, hiragana and katakana, are phonetic alphabets that both have 46 characters to represent different sounds.

The third writing system, kanji, is adapted from Chinese script and similarly uses logographic characters to represent words. Becoming fluent in kanji means learning about 2,000 of these characters.

If you just want to learn to speak Japanese, though, it’s not terribly hard. Japanese has consistent pronunciation and grammar rules, and the most common sounds in the language should come easy to English speakers. That said, there are still some tricky elements that take practice to wrap your head around.

Beyond that, the Japanese language’s system of honorific speech, called keigo, adds another layer of complexity to social interactions. Keigo can change the vocabulary and grammar you use depending on your relationship to the person you’re talking to. There are three primary forms of keigo:

So, for some Japanese phrases, you’ll need to use a different form depending on who you’re talking to.

The Korean language is rising in popularity, aided by the global influence of Korean media and pop culture.

It also helps that, on the surface, Korean appears easier to learn than other East Asian languages like Japanese and Mandarin. Unlike those languages, which use writing systems with thousands of characters, Korean uses an alphabet called Hangul that has just 24 letters. The Korean writing system has some important differences from English, notably that letters are arranged into blocks for each syllable of a word rather than only written horizontally. Despite these differences, though, you may be able to learn how to read Korean phonetically with just a few days of study!

That said, Korean is still absolutely a challenge to learn. Korean pronunciation contains a lot of nuances that are difficult for most English speakers to pick up, such as double consonants and letters that don’t have exact English equivalents. The letter ㄹ, for instance, sounds like a cross between an ‘l’ and an ‘r’, and changes to sound more like ‘l’ or more like ‘r’ depending on its position in the word and the letters around it.

Korean grammar can also be difficult to grasp at first, in part because the basic sentence structure is different from English’s. In Korean, verbs go at the end of a sentence rather than in the middle. A sentence like “I ran to the tree” in English would go more like “I tree to ran” in Korean.

To make things harder, Korean has a system similar to the Japanese language’s keigo that changes the language based on levels of formality and respect. Korean has seven of these speech levels, though some are fairly uncommon. The levels you’ll encounter in everyday life are:

Speech levels influence the endings of verbs and can require you to use the honorific forms of certain words. This adds additional lingual and social rules that you’ll need to memorize.

Why you shouldn’t fear learning a hard language

Learning these languages may be difficult for English speakers, but that doesn’t mean you shouldn’t try. There are plenty of good reasons to take on the challenge.

First, you should learn a language because you’re interested in it, not just because it’s easy. Having a concrete goal you want to achieve, like being able to talk to family members or watching Korean dramas in their original language, will help you stick with your new tongue.

Second, there’s a lot of professional demand for people who can speak these languages, and their difficulty means fewer English speakers are willing to learn them. If you overcome that barrier, it’ll help you stand out as a job candidate, and may even open up work opportunities you couldn’t have gotten otherwise.

Finally, just because a language is hard to learn doesn’t mean it’s impossible. While speaking English as your native language may make certain aspects of these languages hard to grasp, it can also help in other ways. Plus, as the most spoken language on Earth, English has plenty of resources for learning other languages.

For instance, if you’re struggling with honing your intonation, Rosetta Stone’s speech recognition engine TruAccent is embedded into every language lesson. It gives you feedback while you practice speaking out loud, comparing your accent to native speakers so you can get your pronunciation just right.
Rosetta Stone can help you learn every language in this article, plus 20 more! Start your language journey at www.rosettastone.com.

The Best Way to Learn a Language in 8 Easy Steps

What All Those Numbers and Letters on...

An Author’s Picks in His Hometown of...