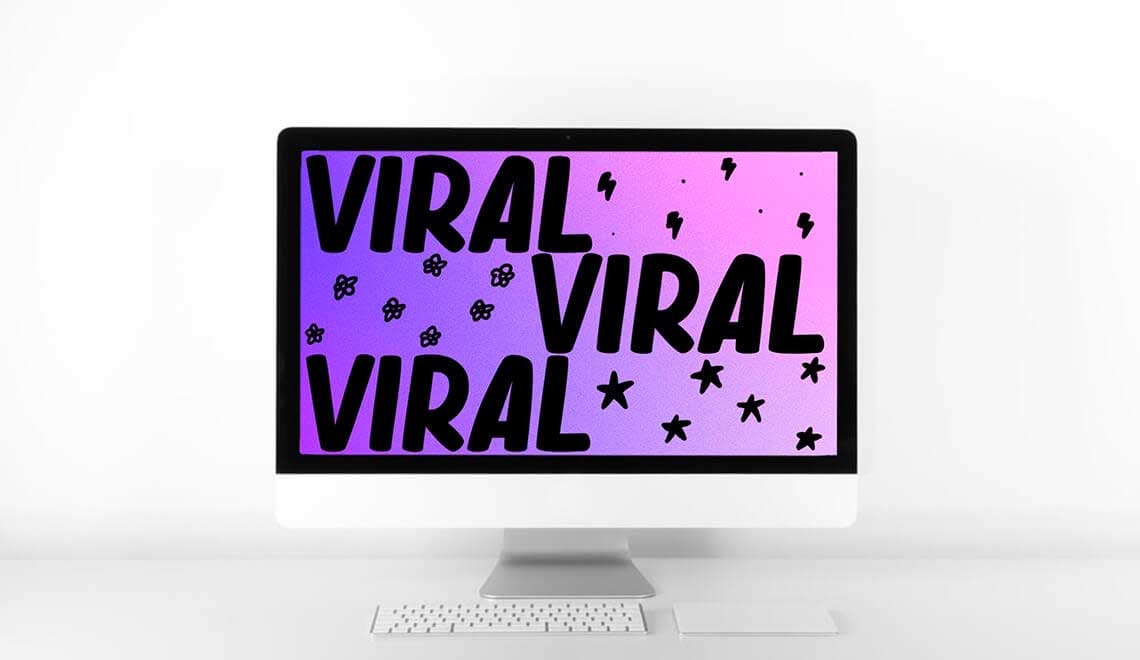 Parler. Parlez. Parlait. Parlais. Parlé. Parlaient. Anyone who speaks English would mostly likely think all of these French words are pronounced differently from each other. But, anyone who speaks French knows that that completely normal assumption is wrong. Each of those words is a different form of parler, which means “to talk,” and every single one is pronounced the exact same.

Context clues are all you have to go off when you’re trying to differentiate between “to talk,” “you all talk,” “he/she was talking,” “you were talking,” “he/she talked,” and “they were talking.” Think that sounds pretty crazy? If yes, I’m sure a few TikTok users would agree with you because recently TikTok discovered the insanity of French pronunciation when a few users created these Google Translate memes that went viral.

In these memes, the TikTok creator goes back and forth translating words from English to French on Google Translate. All of the French words end up sounding the same, and are then used to create a sentence that sounds like complete nonsense. In one of my favorites, user @mexemluv translates “your” to ton, “tuna” to thon, “uncle” to tonton, and “mows” to tond, to eventually create the sentence, “ton tonton tond ton thon,” or “Your uncle mows your tuna,” which, in French, ends up being the same sound repeated six times.

Memeluv’s most famous video got over 9.5 million views and translates the slightly creepy “without a hundred smells of blood” into “sans cent sent sang,” which, again, makes a sentence where every word sounds the same. The viral video even sparked 152 other TikTok users to create videos using the same “sans cent sent sang” translation, including some kids who shared reaction videos of their French parents watching the original video like this one and this one, which the parents found pretty funny. There’s even one that uses Paris Hilton and Nicole Richie’s “Sanasa” song from The Simple Life at the end because it kind of sounds like “sans cent sent sang.”

My French boyfriend was forced to sit next to me in our small 320-square-foot apartment and listen to all of these TikToks as I wrote this piece. He found the first few funny, but as he realized how many different types of these French Google Translate memes existed, he started to get a little defensive about his language saying it was a little “insulting.” When I pushed him further asking him why, he just said, “parce que,” or “because.” If you ask me, I think the French are still a little sensitive about their language ever since English surpassed it as our world’s language of business and politics.

But, to be fair, the videos are a little stereotypical. At the end, the user who makes each video pops up in front of an image of the Eiffel Tower, shakes their hand in a clichéd European (though I would say more Italian) fashion by pulling their thumb, index, and middle fingertips together, and then says the sentence in an overly done French accent. But hey, I still think they’re pretty funny.

So what is it about the French language and it’s pronunciation that made these memes go viral?

Well, this isn’t the first time that Google Translate memes have gone viral on Tiktok. Last fall there was a series of viral videos that featured users recording their reaction when listening to the Google Translate voice read out something they wanted or needed to hear. The humor was usually a little self-deprecating and was sometimes paired with sad music and/or featured animals, like this one where a little chihuahua convinces himself he doesn’t look like a rat, despite the haters, by listening to Google tell him “you don’t look like a rat” over and over.

Also, it’s not like the English language is without its homophones either. “Your” and “you’re” are commonly mixed up, as well as “their,” “they’re,” and “there.” But you can’t create a sentence with “their,” “they’re,” and “there” like you can with “ton tonton tond ton thon.” Although, you might be able to create a sentence with the six other words that sound like “raise,” as in to lift up:

This series of “raise” homophones makes “ton tonton tond ton thon” seem a little less crazy. You might have also heard the famous English phrase “Buffalo buffalo Buffalo buffalo buffalo buffalo Buffalo buffalo” which is a perfectly grammatically correct sentence in English. Plus, English and French aren’t even the only languages that can achieve this wizardry. This Mental Floss article shares seven different examples of crazy sentences with words that all sound the same, including the Spanish “¿Cómo como? Como cómo como!” meaning “How do I eat? I eat how I eat!.”

Language is tough to learn, but pronunciation can be one of the hardest parts, so don’t worry if it’s something you struggle with.

So if these crazy sentences aren’t unique to French, did the memes go viral just because Google Translate memes were already popular? Maybe. But, it might also be because the French and English pronunciation are pretty different from each other. You can test it by reading through the French and English phonemes (sounds) and graphemes (letters or groups of letters that make specific sounds) charts. You’ll notice that most of the consonant sounds are pronounced the same, but that a lot of the vowel sounds are pronounced differently.

Also French has a lot of words that end in open syllables meaning that pronunciation wise syllables have a tendency to finish in vowel sounds instead of consonant sounds. For example, let’s look back at “Parler. Parlez. Parlait. Parlais. Parlé. Parlaient.” All of these words end in an “ay” sound rather than the consonant sound at the end of the word. “Parlez” would be “par-lay” not “par-l-ez,” which is a pretty big change for English speakers and the reason why “sans cent sent sang” all sound the same despite having different endings.

Language is tough to learn, but pronunciation can be one of the hardest parts, so don’t worry if it’s something you struggle with. I have lived in France for almost 2 years and there are still words I can’t pronounce correctly like “déverrouiller” meaning “to unlock,” and “bouilloire” meaning “kettle.” Earlier I was looking at an article that listed the top 10 hardest French words to pronounce and I found that even my own city, Rouen, is listed. I was not shocked to see it there because it’s terribly hard to say it right. Though, it’s pretty unfortunate to not be able to pronounce the city you live in correctly, but it’s just a daily reminder of how I always need to work on my pronunciation.

If you’re trying to work on your pronunciation, too, Google Translate may not be the best place to go. While it’s great in a pinch, it’s definitely not perfect. My boyfriend and I even found a pronunciation mistake in one of @mexemluv’s TikToks where Google can’t say “quoique” correctly. One of my favorite things about learning with Rosetta Stone is that you are able to practice your pronunciation in your lessons. Rosetta Stone’s pronunciation, or “Speech Recognition,” technology measures on a scale from zero to 100, zero being completely mispronounced and 100 being pronounced like a native. You can even adjust the “Speech Recognition” sensitivity in your lesson by making it easier or harder. For a real challenge, you can move the scale all the way to “hard” and see if you can pronounce words like a native.

It’s honestly really useful because while learning vocabulary is important, if you can’t say a word correctly you aren’t going to be able to communicate orally, which is a pretty big bummer. I’ve had experiences where a French person can’t understand what I’m saying and it’s really frustrating because I know I’m using the right word, but I’m just not saying it right. I’ve even had a pretty embarrassing situation after mixing up the French words for “neck” and “a**.” You can read all about it here (it’s #19).

French pronunciation can definitely feel complicated at times, but don’t get down if you make mistakes. It’s the best way to learn! It’s always after my most embarrassing mistakes that I turn things around and stop making them. If you want to really work on your French pronunciation try doing at least 5-10 minutes of work on your French a day. You can do this by doing one of Rosetta Stone’s 5-10 minute lessons, listening to some French music, or watching some French movies. If you’re new to French pronunciation, you can also start out by trying to learn how to say your name in French.

A Guide to Finding Peace and Quiet This Mother’s Day

Lemons into Limonade: How My First Fumblings...