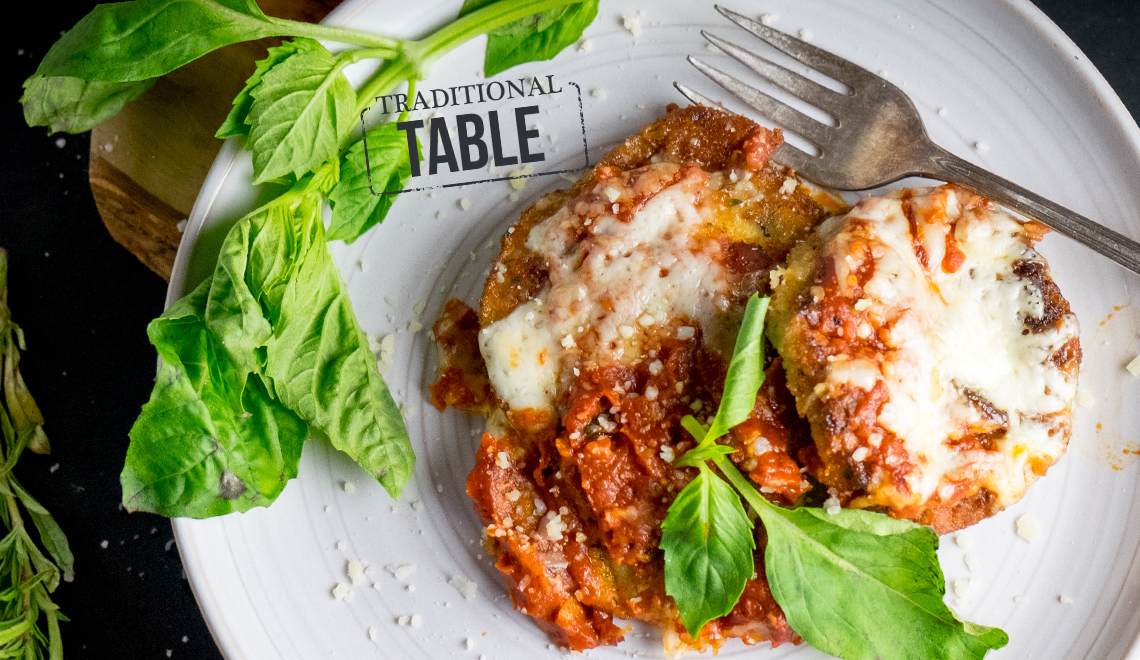 Italian cuisine might seem like one great big family, but like most countries around the world, each region in Italy enjoys a unique flavor and style that is a product of the local and geographic influences. What we may think of as Italian food is actually popularized versions of Sicilian cuisine in the south, Tuscan food in the north, and Neapolitan cuisine in the west. Italian food enjoys a myriad of influences from its neighbors, including Mediterranean and Germanic foods that have been featured prominently on Italian tables for centuries.

What is decidedly not authentic Italian food are dishes like spaghetti and meatballs, an Americanized version of Italian cuisine that gained celebrity from the meatballs Italian immigrants introduced. Meatballs were a popular way to deal with less than appealing, cheap cuts of meat, fashioned into a version of polpettes that were served in Venice as street food. But in Italy, meatballs are never mixed with the national passion for incredible pasta.

While pasta, especially stuffed pasta, is a cornerstone of northern Italian food, the central and coastal regions of Italy embrace lighter fare like fish and fresh, local vegetables including zucchini, artichokes, eggplant, and of course tomatoes which are used as the base of Italian sauces throughout the country.

Pizza may have become the world’s favorite Italian export, but the version you’ll see in Naples, where pizza originates from, doesn’t resemble the cheesy slices crammed with toppings you’ll find in other countries. Most Italians embrace food that features simple ingredients, where each carefully crafted and curated element can shine through.

Crowding a traditional Italian table, you’re likely to find some version of the following dishes:

In fact, many holiday meals at Italian tables can stretch to as many as nine courses, beginning with an aperitivo and cured meats and marinated vegetables (antipasto). These palate teasers are followed by primo, secondo, and contorno courses that include warm soups or risotto, hearty portions of fish or veal, and side dishes like cooked vegetables or salads. If you still have the heart for more you should loosen your belt, because Italians chase the main meal with smaller courses of formaggio e frutta (fruit and cheese), dolce or desserts like tiramisu or gelato, and finally caffe (coffee) or a digestivo which is typically a liqueur such as grappa, amaro or limoncello.

We’d be remiss not to mention one of Italy’s greatest gifts. The region is the largest producer of wine in the world, and Italy is both the world’s greatest exporter and consumer of wine. Their passion for wine is a perfect accompaniment to long Italian meals which can last hours as large families enjoy the spirited conversation that is a cornerstone of Italian culture.

Passion, pasta, and a recipe for perfection.

Chuck Aflitto knows more than a little about Italian cuisine. The son of Italian immigrants, he grew up in a New Jersey community that was rich with the smells and traditions of Italian food and culture. His father, Vincent Aflitto, immigrated to America from Naples in the 1920s and became an accomplished builder and contractor on the East Coast who helped build Seton Hall’s library.

“There was nothing going on in Italy for him. And he wanted to advance and get over here. Learn more and get to college, get a degree and get everything going. He had more opportunity here. There was an opportunity then for the Italians at that point to come over here. Now we look at it a little differently but back then it was fierce. There were crowds of people coming, and it (America) was a place everyone wanted to come to for their future.”

Chuck’s father has since passed away, but he instilled in Chuck a love of Italian food. He says they would go every week to the Italian bakeries for rolls and Chuck spent many hours in the kitchen with his mother, who was an incredible home cook. After studying the intricacies in his own Italian family’s kitchen, Chuck started an Italian food blog called Chef Chuck’s Cucina, and he became a regular guest on NBC conducting live cooking shows.

“We’ve kind of blurred out the Italian traditions with the pizzas and such. It’s just too much that we put on. Even with the meatballs and spaghetti—it’s served separately over in Italy. On the pizzas, they don’t have pepperoni… everything is margherita. It’s light and simple so you can taste all the ingredients because it’s important. The Italians aren’t heavy in any of their ingredients because they want you to taste every ingredient within the recipe itself.”

Chef Chuck has traveled to Italy, participated in food expos in Milan, and even had a line of Italian food products branded after him. He says like any country, Italian food is very regional. In the north, they prefer butter, while down south it’s more traditional to use olive oil. But one thing remains the same— the passion for food and quality ingredients is an essential part of Italian cuisine.

“Italians are very expressive. Their feelings are deep. And it’s in everything they do. They show that — especially in the family when they get together around the table.”

Eggplant is a popular feature of Italian food and grows regionally. You’ll often find it marinating in the delis and used as the backbone of many traditional Italian dishes. In this recipe for melanzane alla parmigiana or eggplant parmesan, the deep purple vegetable is peeled, sliced, and lightly breaded. Accompanied by a simple tomato sauce, the fried eggplant is then baked to meld the flavors and produce a rich, layered dish that’ll please even the most insistent vegetable avoiders.

Chef Chuck says the heart of this dish, which originates in Naples and is handed down from his Italian mother, is actually the cheese. Italians are enthusiastic about producing the best parmigiana reggiano in the world, carefully cultivating consistent results to earn the necessary seal of approval from the Italian government. Italian law mandates this cheese can only be produced in Bologna, Mantua, Modena, or Parma. While you can use the parmesan cheese that comes in a container, Chef Chuck recommends getting the real thing either grated or in a wheel. Because true Italian cuisine is about maintaining a passion for perfection and never compromising on the integrity of ingredients.

or…
2 cups of your favorite tomato sauce (preferably homemade)

Directions: In a medium pot saute olive oil and garlic for about 30 seconds, stirring, add sauce, herbs, salt, and pepper. Simmer on low heat while preparing eggplant. This is a quick marinara sauce.

Peel and slice eggplant in 1/4 inch slices. Lay eggplant on paper towels and cover with more paper towels on top for about 30 minutes, this will eliminate any tartness.

Meanwhile, whisk eggs with about 1 tablespoon grated parmigiana cheese, salt, and pepper. Dip 1 slice of eggplant into egg mixture, then dip in breadcrumbs and lay on plate. In a frying pan heat olive oil and fry 4 slices at a time, until golden brown on each side. In a 9×11 baking dish or similar, coat bottom of the dish with sauce then begin the first layer of eggplant. On top of each eggplant slice add a little sauce, followed by grated parmigiana, and then grated mozzarella. Next add a layer of eggplant, sauce and followed by your cheeses.

Cover with foil and bake at 350 degrees for 30 minutes.

Spoon up big portions to share with family and friends.