Trilingual Diaries: Falling in Love All Over Again 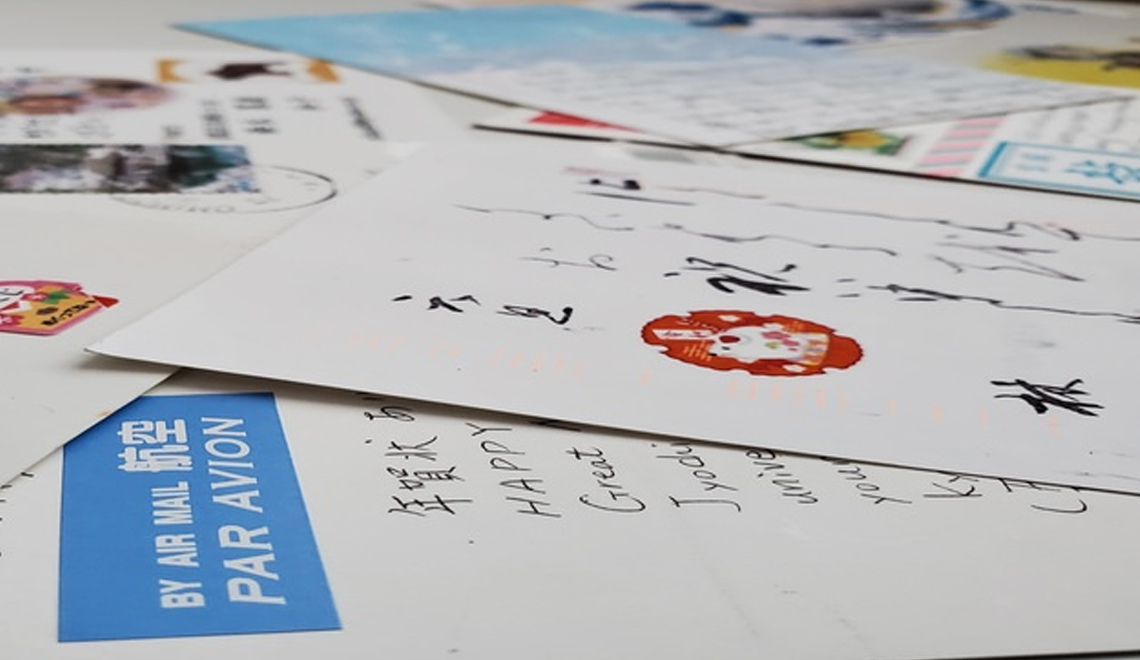 This post is a part of a series called Trilingual Diaries, where I share my experience learning Spanish, keeping my Japanese sharp, and fostering a trilingual household. All opinions expressed are my own, and the aim of this series is to give other language learners an inside look at being a polyglot. Read on and get inspired!

I came across my nengajo (Japanese New Year’s postcards) that I had exchanged with the friends that I had made years ago through Rosetta Stone. I wanted to start the tradition of sending out postcards again, so I got out my calligraphy pen.

As muscle memory guided my rusty handwriting, I realized that I wanted this year to be different. I wanted 2020 to be the year that I stop telling myself that I can’t learn Japanese and Spanish at the same time. Over the years, I have become comfortable with merely scratching the surface of my potential.

Learning a language is not about being comfortable. It’s about challenging yourself and making an effort to go deeper than “simple.”

Learning a language is not about being comfortable. It’s about challenging yourself and making an effort to go deeper than “simple.”

When the New Year approached, I knew that I had to create goals that would last beyond January.

Use Three Languages Every Day

Learn Spanish To Speak With My Husband

Since my husband Javier only spoke Spanish when we first met, I was able to immerse myself in Spanish. Though I’ve come very far, I continue to stumble.

Speaking Spanish is one thing, but grasping the language is what I aim to do. I’m going after a solid foundation of understanding, so I can communicate with Javier better.

Keep My Japanese Sharp Through Tutoring

My second resolution is to start studying Japanese again. Currently, my Japanese skills are somewhere between a rock and a huge plateau. Language learning doesn’t happen in a silo. It’s an ongoing conversation across cultures. Interaction with people is what I love most about languages.

It was through Rosetta Stone that I was first able to connect with native speakers so many years ago. I found the program when I was 12 years old. I loved using the modules at my own pace and connecting with native speakers, some of which I still keep in contact with to this day. Having a tutor can revive that connection that nourished my learning experience.

Spanish was always present in our household. Japanese, however, fell to the wayside one year into parenthood.

During the holidays, my former Japanese professor messaged me on Skype:

もう言葉は話しますか？日本語、教えている？（笑）
Is Chris talking yet? Are you teaching him Japanese? (lol)

Remembering that conversation pushed me to put teaching Japanese to Chris on my list of resolutions. I felt more motivated than I had ever been to pick up on language learning.

Rekindling My Love For Languages

I mistook Spanish as a deceptively “easy” language.

Living with Javier doesn’t give me complete immersion. I still have to put in the work.

I became proficient in Japanese without living in Japan. I didn’t live with any native speakers growing up in Houston, Texas or when I moved up to St. Paul, Minnesota to earn a degree in Japanese. I knew I could get past the myths, but beyond that I needed a program that would make becoming a polyglot achievable.

I Learn Because I Love

Javier and I still deal with a language barrier. Even when we discussed raising Chris bilingual, I read about methods like OPOL (One Parent-One Language) and figured that limiting the amount of Spanish that I spoke to Chris would be best. This hurt my confidence in Japanese too—I’m not a native speaker, so what’s the point of speaking Japanese to Chris?

But I didn’t want to exclude myself from this opportunity to teach my son three languages. Being a non-native speaker doesn’t mean that I have to shy away from teaching. Chris and I will guide each other as we bond through languages.

Our relationship reminds me of how supportive my mother was when I first started learning Japanese. Now that I’m a mother too, I can pay it forward by raising Chris as a polyglot.

I knew that I needed a learning experience tailored to myself and my family’s varying degrees of proficiency in multiple languages.

I needed structure, something that my language learning goals were missing.

I needed structure, something that my language learning goals were missing.

Over a decade since I stopped Rosetta Stone for learning Japanese, I found myself circling back to the program.

With my “no effort” learning method for Spanish, I developed a very passive view of language learning. I had convinced myself that my Japanese was like a blade that could never dull and never felt the need to practice it.

This time I wasn’t entering the decade as a language enthusiast. I had taken on the roles of a polyglot, mother, and wife. Given my lifestyle, I needed to establish real targets and find real ways to hit them.

Visualizing My Goals With Rosetta Stone

I see “progress” as Javier being able to understand me, and even that varies from day to day. As for Japanese, going on Skype to talk to my Japanese friends on the weekend started out promising but became harder to maintain. Accessing a tutor through Rosetta Stone sounds steady and consistent.

I have to start with a routine. 30 minutes a day. 6 Days a week. Studying Japanese and Spanish doesn’t have to feel like a burden. Plus, Javier can learn English too!

Easing myself back into structure, after having rejected it for so long, is also something that Rosetta Stone is helping me accomplish, one day at a time.

That’s why I’ve set clear objectives for 2020. I want to raise my baby to be a polyglot and become one myself. I want to gain more confidence in my Spanish and reconnect with my Japanese. More importantly, I want to pass my love for languages on to my son and inspire other parents. I’ll be bringing you along for the journey and show you a real look at the ups and downs of polyglot parenting!

Errol de Jesus blogs about her experiences as a mother fighting monolingualism.

What it’s Really Like Dating in Your Second Language: Pros and Cons

The Secret to Being a Successful Language Learner

7 Benefits of Learning a Second Language...