This post is a part of a series called Trilingual Diaries, where I share my experience learning Spanish, keeping my Japanese sharp, and fostering a trilingual household. All opinions expressed are my own, and the aim of this series is to give other language learners an inside look at being a polyglot. Read on and get inspired!

Human connectivity is everything right now. I was excited to use Rosetta Stone’s Live Coaching because that meant being able to talk to someone like me who’s stuck at home. I will say that I didn’t expect to get schooled the way I did in these sessions!

Get Over the Fear of Speaking

If you’re nervous about speaking another language, I understand. I was too! By the end of my first Live Coaching session, however, I dreaded saying goodbye. The sessions are there to help you get over your fears and enjoy having conversations. I’ll walk you through the sessions that I took, and then I’ll show you how to make the most out of them.

Getting Comfortable with Rosetta Stone Coaches

Even though I came prepared to go over material from the lesson, my first session with Mari-san was very laid back. I felt a little awkward in the beginning, because I was talking to someone new and I wasn’t sure if I should have used honorifics or not. As Mari-san continued to learn about my motivation for speaking Japanese, however, I started to warm up to her. She was very happy to know that I’m raising my son Chris trilingual while maintaining my Japanese skills.

We also talked about what I did in Japan when I studied abroad, such as going to karaoke boxes and eating okonomiyaki (Japanese pizza). Mari-san talked about traveling to Hokkaido through Japan’s shinkansen (bullet train). I had never thought about going back to Japan, but talking to Mari-san really made me miss being there. By the end of our 30 minutes, I started to remember everything I loved about Japanese culture! I also felt like I was getting back into the groove of using my Japanese in conversation!

I had the option to use my webcam for my other private session with coach Atsuya-san. I figured I might as well turn my camera on and let the coach know that Chris was learning right beside me. Chris pulled me away from my laptop several times so that I could play with his blocks. Thankfully, Atsuya-san was very patient with me. He even taught Chris the Japanese word for blocks, tsumiki.

Atsuya-san was also great at improvising and gauging my understanding by how I reacted to his questions. I know most of the common kazoekata (counters) from Unit 1, such as dai for large objects or mai for flat objects. Atsuya-san introduced me to some more uncommon ones like sao, a counter for the drawers of a tansu (dresser).

Making the Most Out of 30 Minutes

I’m usually not able to have pen and paper out because Chris likes to play with whatever I have in my hands. I can copy and paste new words that the coaches have taught me into a notepad or a virtual sticky note. I highly recommend doing this so you don’t lose any new words that you’ve learned!

It’s also a good idea to be ready to ask or answer questions right off the bat. If I don’t understand something, I can ask for the coach to repeat the question or give me the definition of a word. I learn something new each session.

I had another private coaching session with Mari-san for Unit 12: Places and Events. The topic served as a great springboard to talking about other countries and current events. Private Live Coaching sessions have a very casual structure so users can get comfortable with speaking.

Don’t feel like your sessions have to be limited to the course material!

Live Coaching is a great tool for speaking another language, especially in times of social distancing. I thought that one-on-ones were fantastic, so I decided to go even further out of my comfort zone and try group sessions.

Learning as a Team in Live Coaching Group Sessions

A group Live Coaching session can have up to three other users. There’s no webcam option in the group sessions, but I could still use my microphone. Each user has a microphone with their name on it. Next to the coach is a slideshow of the images from the Unit that we’re studying. For my group session, there was a map of the world that the coach used to guide discussion questions.

My first group session with Kaori-san was structured. I entered the session to see another user named Andrew beside my microphone avatar. Unlike my private session with Mari-san on Unit 12: Places and Events, Kaori-san went through the lesson content, which included names of countries, continents, and oceans. I felt like a deer caught in headlights when she asked me what Pacific Ocean is in Japanese! I can certainly recognize the word in Japanese, but I don’t know it off the top of my head.

So I did end up doing lots of stuttering and stumbling, which I was not expecting. I mistakenly said that kita chousen (North Korea) is the Arctic, which is actually hokkyoku. When I was asked what kind of animals live in nankyoku tairiku (Antarctica), I answered, “raion (lion).”

I realized my mistake and we all started laughing. I can read, write, and speak Japanese well but slip ups still happen!

It’s nice to be able to make mistakes, even in front of other people, and laugh about it. The coach won’t count anything against you if you mess up.

I believe that Andrew was a beginner because Kaori-san only used romaji, the Roman script equivalent of Japanese characters. I forgot to ask Kaori-san to type in kanji, the Japanese writing system that uses Chinese characters. Kanji serve as ideograms that hint at what a word could mean. Without kanji, I’m left with just the phonetics or sounds, which don’t help much if I don’t know what a word means.

For example, Kaori-san showed us a picture of a man dressed in a camouflage uniform. She typed out the word heishi (soldier) and I asked, “imi wa nan desu ka?” (what does that mean?). Kaori-san responded, “kuni wo mamoru hito” (someone who protects the country) instead of giving me the answer directly in English. No, Kaori-san wasn’t trolling me, she was just making sure that I kept my mind in Japanese mode!

It’s very easy to resort to English, and I understood that she was preventing that. Even with the picture right in front of me, I got nervous and the words wouldn’t come to mind. I feel that the coaches are aware of this and for that reason they challenge you to build new vocabulary with vocabulary that you already know. This in turn ensures that you’re thinking in the Japanese language for the entire 30 minutes. It’s immersion right from your own computer.

As Kaori-san moved through the different pictures related to the lesson, Andrew and I asked each other questions in Japanese. We started off with simple questions like kore wa nan desu ka? (what is this?) and kono hito wa nani wo shite imasu ka? (what is this person doing?) I didn’t think we’d go further than a few simple sentences, but the coach guided us to be more descriptive and use more Japanese words. Be prepared to use your imagination with some of the images!

I also loved being able to connect with other language learners and discover their motivations behind studying Japanese. When I had my group Live Coaching session with Mari-san, I met Chris, who is learning Japanese to be able to communicate better with his new in-laws! He talked about the beautiful mountains in West Virginia, and I joked about seeing horses in parking lots in Texas where I grew up.

My next group session with Mari-san was a crowd. Three people had showed up! Mari-san incorporated some questions about our locations by asking “otenki wa dou desu ka?” (how is the weather?) or “kyou wa nando desu ka?” (what’s the temperature today?). Everyone took turns answering and we even got to have small conversations with each other. It was like an online language exchange mixer.

Every session is different and will stimulate you in a different way. Private sessions are great for having conversations about what interests you. Group sessions place you in more of an online classroom setting. Group sessions can feel intimidating at first but they’re great opportunities to practice staying on top of your speaking skills. Private one-on-one sessions are similar but the bonus is that your learning experience is more personalized.

Both sessions offer plenty of room for growth. I feel that with virtual coaching, I can keep my Japanese sharp while learning new things at the same time. The ultimate takeaway is that I’ve shared some vulnerability with other language learners and I’ve gained more confidence. It’s through active learning like this that new words and phrases can stick!

Live Coaching is one of the best cures for cabin fever these days. I look forward to scheduling more sessions and getting to know even more language learners. Although I sometimes consider my husband Javier my language partner for practicing Spanish, I think it would be nice to try out Live Coaching with Spanish too! 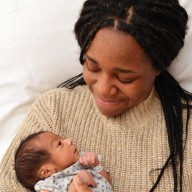