Trying Out Seek & Speak in France

Paris is a city that never fails to sweep me off my feet. Walking down the grand boulevards and hidden alleys I am consistently astonished by the beauty that surrounds me. Every meal is cause for celebration, an event that demands my full attention and appreciation. Even the sounds are delightful, as I find no language more pleasing to listen to than French. It is a language I wish I could speak. Although I spent some time studying it in school and abroad, it was a goal I never felt able to achieve.

The first time I visited Paris was in 2008. It was the summer after I graduated high school and my friends and I had organized a Euro trip. (If I still lived in Australia this would be my “gap year,” the year between when you finish high school and start college or uni, as the Aussies say, which many spend traveling abroad. But, unfortunately in America we only get the summer.) I was in Paris for nearly a month and took French lessons four times a week. I naïvely thought that because I spoke Spanish, French would be a breeze. I imagined I’d be chatting with new friends over café au lait (coffee and milk) and croissants in the local pâtisserie (bakery) within a matter of days. I was rudely awakened by the discovery that my fluency of Spanish was of little help with vocabulary and, even worse, it was a hindrance when it came to speaking. Like a bad habit, I would repeatedly pronounce the French words as though they were Spanish. I just couldn’t get the French diction to stick. I had hoped to gain a new language that trip, but gained little more than a few pounds instead. 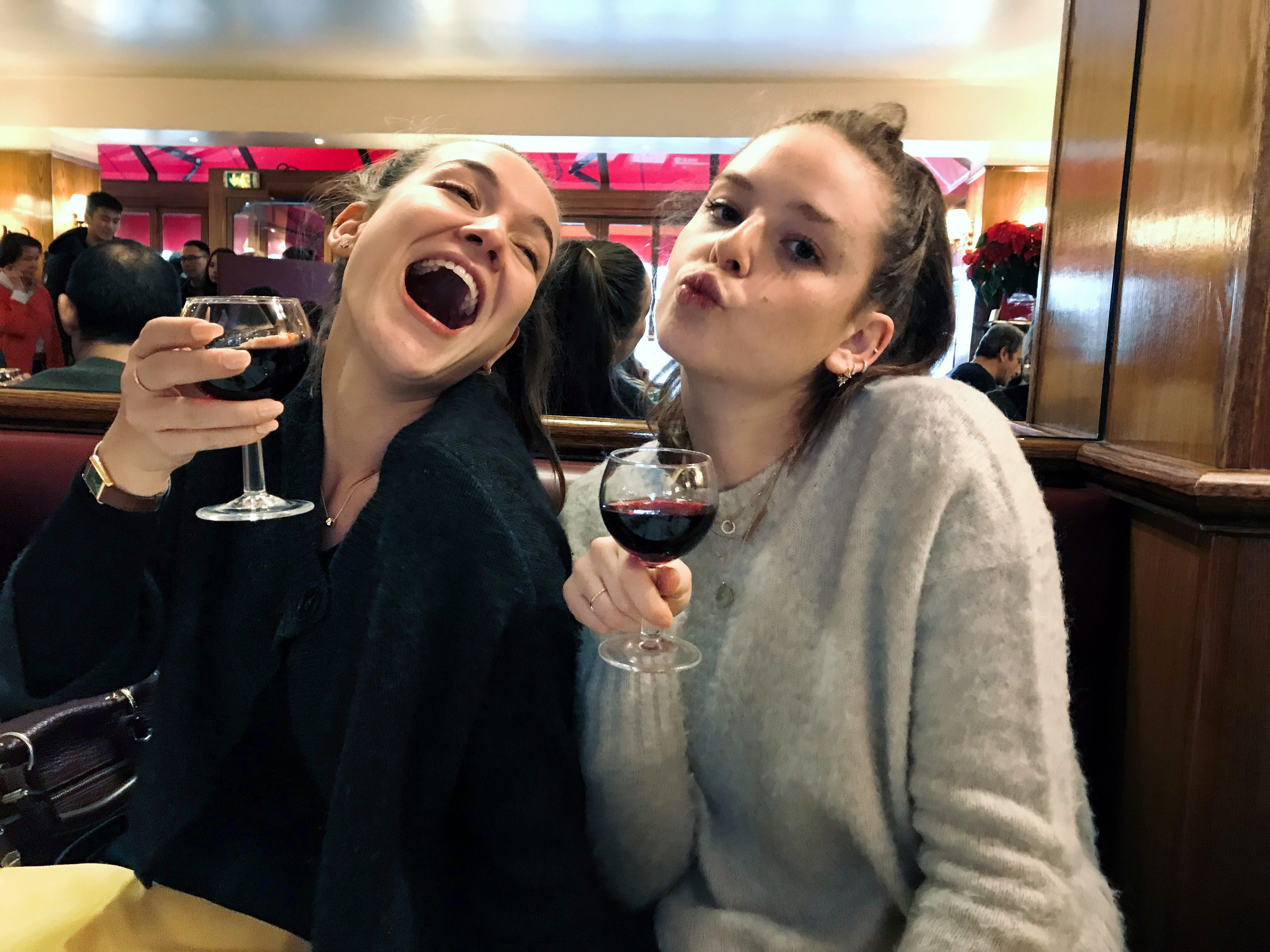 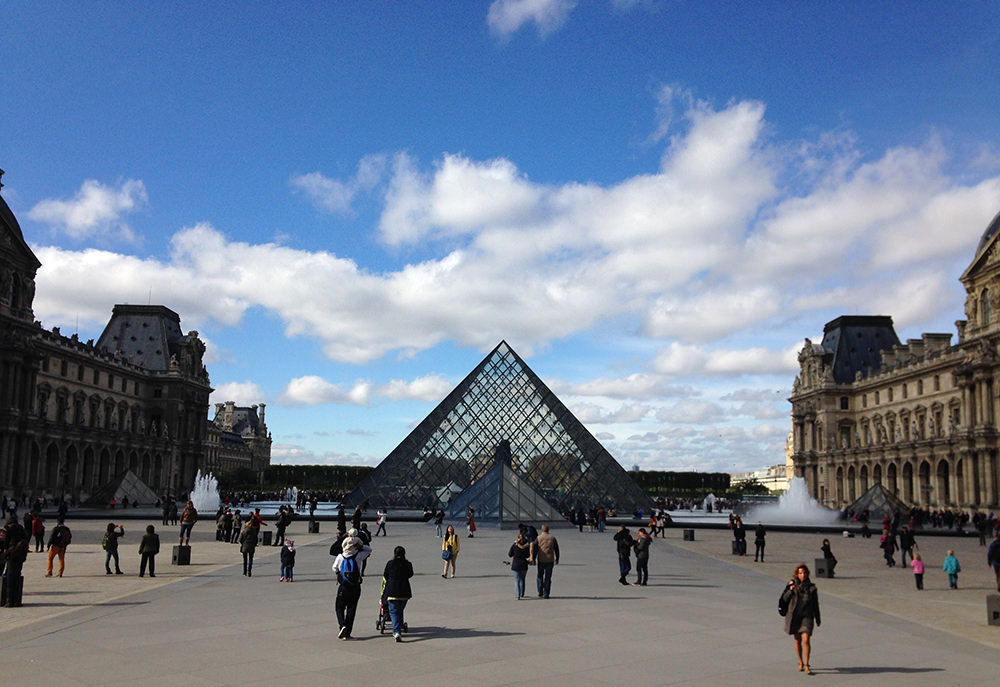 I have been back to Paris several times since but, after the first attempt, was too embarrassed to give learning French another try. Instead I would spend my days getting lost in the different arrondissements (districts) of the city, appreciating each one for its unique charm. The 1st arrondissement is full of grandeur and prestige. It is there you can visit the world-renowned Louvre Museum, shop the world’s most iconic designer brands on Rue Saint-Honoré and wave to the president from outside the gates of the Élysée Palace. Just a few blocks from there you’ll find yourself in the eighth arrondissement on the Champs-Élysées, one of the most famous avenues of the world. The 1st and the 8th arrondissements border one another because the city is laid out like a snail shell, starting with the 1st arr. in the center and circling around from there until you reach the Périphérique Blvd. that separates the city from the suburbs. Symmetry was a primary design feature for the architects of the city when it was designed in the 1800s. Most astonishing perhaps is the impeccable planning behind the Axe Historique, a single line through the city on which some of the city’s most important monuments lie. Heading down in the opposite direction there’s a little island in the middle of the Seine in the 4th arr where Notre Dame is. One of the most charming neighborhoods, Les Marais, is also in the 4th arr. I could spend the whole day there, strolling along the cobblestone streets, in and out of the local boutique shops and trying all the international cuisines from street food vendors along the way. Then, if I’m in the mood for a drink after a long day of exploring, I’d head to any of the hip bars that fill the Latin Quarter (6th arr.).

Over the years, I’ve managed to get to know Paris fairly well, so during this last visit just a few weeks ago, I finally decided I was ready to give French another try. Conveniently, Rosetta Stone had just launched Seek and Speak, which is a learning game that I could play on the app.

The app would give me a challenge. For example: “Find 5 vegetables you’d like to cook with.” As I went about my day I would search for those items. When I found one, I would take a picture of it and the app would give me the name of the item in French. I spent a whole morning in the farmers market in Les Marais running around looking for these items. In just an hour I had learned how to ask for items, how to properly pronounce each ingredient, and had enough food to make a full meal for my friends—if only I knew how to cook as well! I had fun playing, but the best part about Seek and Speak for me was that I could be learning while I was out and about. I was picking up useful words each day and I didn’t have to be sitting in a classroom. Little by little, I got more comfortable with the language because I wasn’t overthinking it. I was experiencing it. 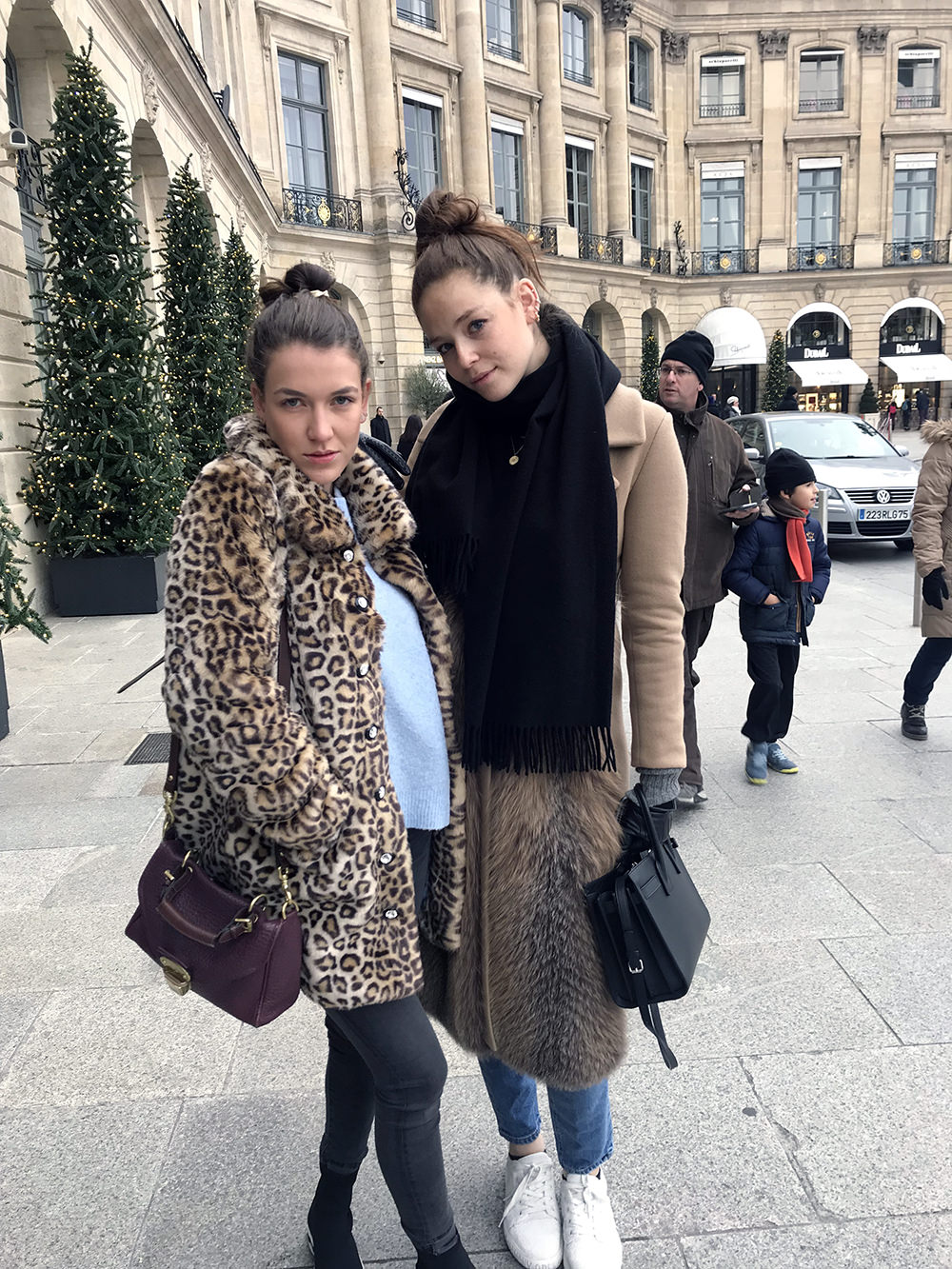 While I have not yet lived out my fantasy of chatting with new friends over croissants at the local pâtisserie, I feel more confident and excited speaking French. When I first tried to learn it 10 years ago, I was overwhelmed by the challenges and disillusioned that I wasn’t performing as well as I expected. But I’ve discovered that I don’t need to strive for perfection every time. Making an effort to learn what you can of the local language when you’re in a foreign country opens the door for a much more meaningful visit, and I’ve found the joy in the journey. Being able to interact with language while I am out doing normal activities boosted my confidence and reminded me why we learn languages to begin with—to be part of a community.

Falling in Love with Russian (and a Russian)

Nowruz Around the World

Showing Respect in Japan: A Primer on...