Home Inspiration What is a Language Family?
Inspiration 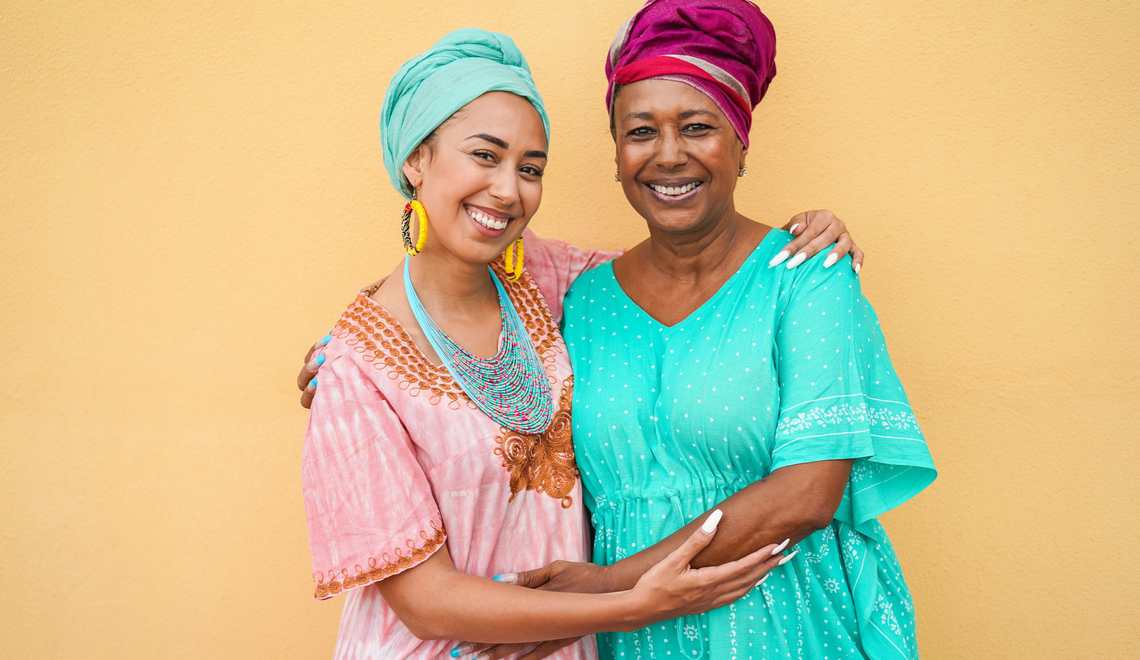 Did you know languages have siblings? And parents, uncles, cousins, and aunts. Imagine French walks into a bar to find its third cousin twice-removed sitting only two seats away.

When we talk about languages having families, it can feel like a punch line to a joke, but in fact, it’s no different from the way we classify animals or plants. Languages are ever-evolving, and the ways in which we classify them help us understand their origins, as well as the similarities between them.

You’re no linguist, you say. You just want to learn how to speak a new language. Perhaps deepen your connection with a grandparent or sit comfortably at a cafe chatting with a new friend. You’re right that there’s no need to be able to map out your new language’s family tree. But you may find it helpful and downright interesting to discover its siblings and how closely related they are.

To help you better understand language families, we’ll take a look at the following:

How do we define a language family?

Language families can feel a bit unwieldy at first. There are families within families—the five Romance languages, for example, make up a single branch within the much larger Indo-European family.

It’s easier to wrap your brain around it if you think of your biological family. Imagine tracing your entire family tree all the way back to a single person and how many branches exist there. A language family functions in the same way.

Every language in a language family has descended from a single language, more commonly known as a protolanguage. Protolanguages are incredibly old: Proto-Indo-European was spoken during the Late Neolithic to Early Bronze Age (4500-2500 BC), give or take a few thousand years.

The world’s most commonly spoken languages today—from English to Mandarin—sound quite different from their protolanguages as a whole. But if you listen closely, you may recognize a surprising number of similarities between individual words. Watch the following video to see if you can hear the likeness between Indo-European and English.

It’s worth noting that the above is only an approximation, but for Indo-European, it’s a confident one. Historians and linguists study thousands of years of texts to reconstruct dead languages like this one. To determine relations between existing languages, they also study parallels between word groups, which are largely influenced by our understanding of culture and migration.

Why are language families important?

There are approximately 7,100+ languages spoken around the world today. It’s no small feat to classify them all. Why do some experts devote their lives to doing so?

Language families shed light on how and why languages evolve. They’re an important slice of history, and they work to affirm what we know: the fall of empires, mass migrations, and trade routes. You’ll notice “tea” looks the same in many languages as evidence of the far-reaching nature of Silk Road trade routes, for example.

They’re also living history. They help us understand the geographical and social ties between countries that speak different languages, as in, shared idioms that would sound nonsensical to others. We can even look to English loanwords, now common across other languages, to show the increasing effects of globalization.

Categorizing languages also encourages the study of languages that are at risk of extinction. As many as 50 to 90 percent of the world’s languages may be extinct within this century. Rosetta Stone’s Endangered Language Program is one of many around the globe dedicated to supporting language preservation.

What are the six largest language families?

Of the more widely spoken languages we list below, you’ll notice that Japanese and Korean are not included. That’s because they’re largely described as language isolates, which means they are each part of very small language families. For your purposes, feel free to read more about the similarities between the two languages here.

Because Latin is so closely linked to this family’s better-known languages, you may be surprised to learn that languages descending from the Proto-Indo-European language don’t all share the same alphabet.

Languages that use the Latin alphabet are indeed related to languages like Russian and Hindi, which have distinct alphabets of their own. Latin is just one of many parent languages in Indo-European’s family tree.

The chart below includes a breakdown of language families within the Indo-European family that we discuss often on the blog:

You can see the full list of Indo-European languages here.

The Sino-Tibetan language family includes 458 languages, but only three of which—Chinese*, Burmese, and Tibetan—are internationally spoken and recognized. The languages within this family are spoken across Bangladesh, Bhutan, China, India, Myanmar, and Nepal. Over 1.4 billion speakers know at least one Sino-Tibetan language.

The chart below includes a breakdown of language families within the Sino-Tibetan family that we discuss often on the blog:

You can see the full list of Sino-Tibetan languages here.

*For ease of understanding, we’re referring to Chinese as a single language with many dialects (Mandarin, Cantonese, Hokkien, etc) in the way that most speakers understand Chinese to be. Linguists, though, would argue that Chinese dialects are actually their own distinct languages, since they aren’t mutually intelligible. If you want to learn more about the difference between languages and dialects, feel free to check out this blog post with practical learning tips.

At least 600 million people, or 85% percent of the population of Africa, knows at least one language from this family. And unlike indigenous communities around the world, communities across Africa, from Nigeria to Senegal, are experiencing language loss at a far slower rate.

While there remains a significant push to bring these languages to the digital world, the rate at which people continue to speak them bodes well for the continued preservation of local cultures.

You can see the full list of Niger-Congo languages here.

The Afro-Asiatic language family includes 381 languages, making it the smallest language family on this list. These languages are primarily spoken in Northern Africa, the Middle East, and several islands in Western Asia.

You can see the full list of Afro-Asiatic languages here.

The Austronesian language family includes 1,225 languages. Like Niger-Congo, it’s a highly rich and diverse language family. Languages within this family are spoken across a large swath of Southeast Asia and the South Pacific, with the exception of Australia.

You can see the full list of Austronesian languages here.

These islands, Papua New Guinea especially, have remained mostly isolated from European and Asian migration, which is how indigenous communities in the area have been able to hold onto these languages—and how we continue to know relatively little about each language. Trans New-Guinea is one of the least studied language families in the world.

You can see the full list of Trans New-Guinea languages here.

How can learning about language families help you learn a new language?

It’s no cheat code, that’s for sure. But understanding the similarities between languages can make learning easier, and help you retain knowledge faster. English and German may sound worlds apart, but they belong to the same family. Knowing that can help you overcome your fear of mastering that accent.

And how about those Romance languages that are so closely related? Not only will you be able to see the similarities between English and Spanish, for example, but as you learn Spanish, you’ll find it more intuitive to pick up much of the vocabulary in French or Romanian. It may even help you fast track your way to being a polyglot.

Understanding the history and culture behind these language families comes with time, but perhaps it can keep you motivated along the way to identify those patterns. Keeping that motivation up is key, and those “aha” moments might be just the thing to keep you on track to reaching fluency.

You might not be a linguist, but perhaps you’re one step closer to impressing your friends with all this knowledge—bonus points if you can relay it in the language you’re learning!

If you’re interested in learning more about language families, we have a wealth of resources that highlight the unique relationships between languages. Here’s one about the Romance languages and another about Asia’s top languages that share surprising similarities with English.

Whatever language you’re learning, Rosetta Stone has the tools you need to learn quickly and effectively. From learning through Dynamic Immersion to lessons that fit your unique goals, you’ll be able to learn on your own schedule from wherever you are—even on the go. Did we mention Rosetta Stone is available in 25 languages?

Can you Learn a Language by Just Listening?

Can You Say These Foreign Tongue Twisters...

Gifts for the Savvy Traveler