What is Kwanzaa? Here’s What You Need to Know (and What to Say)

We’re in the midst of many joyous winter holiday celebrations here in the northern hemisphere. “Seasons Greetings” extend to Christmas, Hanukkah, Three Kings Day, the Chinese New Year, and St. Lucia Day, among others. There’s also Kwanzaa, a week-long traditional African American celebration that honors Pan African heritage. Interestingly, festive lights, whether on a tree, in windows, or displayed from a candle holder, are symbolic of many of these observances. The same is true for Kwanzaa. The holiday, which is built around 7 guiding principles, is commemorated on the Kwanzaa 2020 United States Postal Service “Forever” stamp. The “kinara” or candleholder, is one of the key symbols of Kwanzaa. It is shown along with an image of a contemplative Black woman on Andrea Pippins’ stamp illustration.

“Happy Kwanzaa” and Swahili Greetings You Need to Know

In addition to principles and symbols, there are greetings associated with Kwanzaa. These greetings are in the East African language of Swahili, which is the language chosen to represent Kwanzaa’s ideals, which come from a vast amalgam of traditional African societies. The formal name for the holiday is “Matunda ya Kwanza” which means “first fruits of the harvest.”  “Habari Gani?,” which means “How are you?” is answered with the principle of the day. So on the first of the seven days, December 26th,  “Habari Gani?” would be answered with “Umoja,”  which means unity. “Harambee” means “all pull together.” “Harambee!”  is often shouted enthusiastically in unison at the end of formal Kwanzaa ceremonies.

Kwanzaa takes place for a week each year  from December 26th through January 1st. Each day represents one of Kwanzaa’s seven guiding principles which emphasize family, community and culture. Many African Americans participate in public and private events during Kwanzaa. The holiday was created in 1966 by Dr. Maulana Karenga, professor and chair of the department of Africana Studies at California State University, Long Beach. He wanted to promote unity amongst people of African descent.

“Kwanzaa is a non-religious, noncommercial African centered holiday with a focus on morals and values, building character, and having faith. It translates into everyday life. We start off the ceremony by asking for permission from the elders and pour libations for the Ancestors. We acknowledge positive things that happened to us over the past year. It is very powerful,” explained Kim Hall Jackson.

How Kwanzaa is being observed during the Pandemic

For the past 20 years, Jeffrey Jackson and his wife, Kim Hall Jackson, have hosted a huge celebration in their Philadelphia home to observe Kwanzaa. I have been privileged to attend a great number of these gatherings. As an African American, it’s something I look forward to every year.  As many as 70 family members and friends typically come together at the Jacksons’ to participate in a festive atmosphere of African drumming, singing, dancing, laughter, and an overflowing buffet of soul food, vegetarian dishes and other specialties including Ethiopian chicken.

Kwanzaa will look a lot different this year for the Jacksons and their extended community. Because of the COVID-19 pandemic, their annual gathering, known as a “karamu,” has been postponed until further notice.

While many groups have cancelled longstanding public observances, others have organized online events, such as the December 27, 2020 “Ottawa Virtual Kwanzaa Celebration.”  The event is hosted by Jaku Konbit a nonprofit educational, community-based, family-oriented organization established in Ottawa, in 2000.

“We will have a livestream of a small group of people who will light the kinara. And we will also have different performers that will participate virtually, from the comforts of their homes,” said Jaku Konfit President Ken Campbell. Poetry, music, guest speakers and interactive features will highlight the free online program.

Jaku Konbit supports individuals and families of African and Caribbean descent. Many of their programs provide direct services for youth and senior citizens. Their virtual event will focus on the history of Kwanzaa, and how its seven principles are relevant for African families throughout the Diaspora.

The Seven Principles of Kwanzaa

The seven principles of Kwanzaa are known as the Nguzo Saba.  “The principles are universal. Even though you could say Kwanzaa is an African American celebration, it is actually relevant throughout the Diaspora. The fundamental ideas are embedded in the traditional way of African life, and in the traditional way of Caribbean life as well,” said Jaku Konfit’s Ken Campbell.

Despite many karamus being postponed until 2021, Jeff Jackson says families can still observe Kwanzaa and prosper from following the holiday’s seven principles throughout the year. “The important thing about Kwanzaa is to emphasize these principles and get us as Black people to live principled lives.”

The Jacksons will miss their annual gathering with everyone shouting “Harambee!” at the top of their lungs, but expressed that it is best to stay safe and observe the COVID-19 quarantine. Yet even without being able to host their joyous karamu, Kim Hall Jackson finds strength and meaning during this and every Kwanzaa season. “I give thanks every year. Because every year we go through something. Kwanzaa brings that village love, the togetherness of it, the community love of it, to celebrate our people. It’s all about love, every year, whether it’s virtual or in person.”

Kwanzaa is gaining more popularity each year throughout the African Diaspora. Jeff Jackson has been observing this tradition since his older brothers introduced him to the holiday during its infancy when it was created back in the 1960s. “It’s a lot of fun,” Jackson said. “It’s great to celebrate ourselves.”

Kwanzaa Symbols and Table Set Up

During celebrations, it is typical for a table to be set up with various symbols that are associated with Kwanzaa. Like the principles, the symbols are also in the Swahili language.

The Seven Candles
The seven candles, known as the mishumaa saba, are symbolic of the Nguzo Saba, each representing one of the seven principles of Kwanzaa.

The Candle Holder
The kinara is the candle holder and symbolizes the roots of the African people. A candle is lit each night during Kwanzaa, focusing on the principle of the day.

The Mat
Mkeku, the mat, symbolizes the foundation on which to build. Other symbols include the mazao, which means the crop and symbolizes African harvest celebrations.

The Corn
Muhindi, which means the corn, is symbolic of children and the future.

The Unity Cup
Kikombe cha Umoja is the unity cup and is symbolic of Kwanzaa’s foundational principle of unity.

The Gifts
Zawadi means gifts and is symbolic of the labor and love of parents and the commitments made and kept by children. 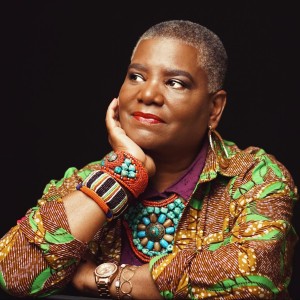