Home Advice What Is the Hardest Language to Learn for Non-English Speakers?
Advice 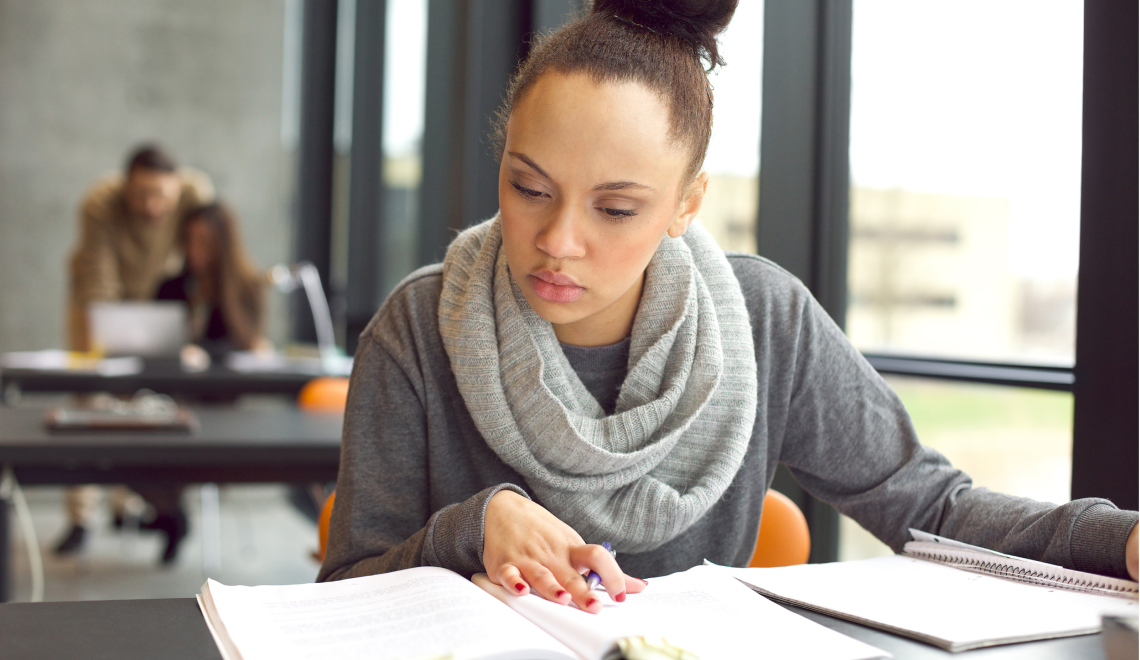 This is a question you can resolve with some degree of certainty when talking about a single language. However, when you consider all non-English speakers together, there isn’t just one answer.

For example, if you’re a Brazilian who speaks Portuguese, Russian would probably be a tricky language for you to learn. If you’re from Poland and grew up speaking Polish, though, Russian likely wouldn’t be as difficult for you because it has more in common with your native language. Russian grammar and phonetics would sound more familiar to you, and some Polish and Russian vocabulary is related.

The hardest languages for you to learn will depend on the languages you currently speak, particularly your native languages.

The hardest languages for non-English speakers

We researched the top 5 most widely spoken non-English languages to see which languages are the hardest for their speakers to learn.

Arabic is a language most Mandarin speakers will find challenging. Its writing system is an abjad, which functions very differently from both Chinese characters and the English alphabet because it uses letters to represent consonants but not all vowels, and it uses a cursive script, so letters combine and change forms. Also, Arabic has several sounds that must be pronounced back in the throat, sounds that don’t occur in spoken Mandarin.

Other languages with non-Latin alphabets, such as Russian and Greek, are also hard for Mandarin speakers. The Cyrillic alphabet that Russian uses can be especially confusing for Chinese learners because it has letters that look similar to English letters, but are pronounced completely differently. Some of these pronunciations, such as the Russian letter Р which requires the speaker to make a rolling ‘r’ sound, don’t exist in Mandarin.

These languages also have grammar rules that are absent from Mandarin, including noun cases, noun gender, and verb tenses. Greek in particular is a highly inflected language, which means its words often change based on grammatical categories such as tense, number, and gender. Mandarin, by contrast, has little to no inflection.

Mandarin and Japanese are liable to give Hindi speakers a lot of trouble, in large part because they both involve learning completely new systems of writing. Hindi uses an abugida, which is different from the English alphabet and from hànzì, a Chinese script that uses characters to represent entire words and concepts. The Japanese writing system actually has three different scripts to learn (two are syllabaries and one is a logographic script, similar to Chinese characters).

Between Japanese and Mandarin, Mandarin presents more of a challenge because it’s a tonal language, which means the pronunciation and tonal inflection of a word can change its meaning. It also has a different word order; In Hindi, like Japanese, the word order of basic sentences is subject-object-verb, but in Mandarin it’s subject-verb-object.

Vietnamese is also difficult for Hindi speakers due to its sentence structure and tones, though its writing system is easier to learn than that of either Japanese or Mandarin because it uses a phonetic alphabet instead of characters.

The two languages are also similar enough to English that the hardest languages for English speakers tend to be the hardest for Spanish and French speakers as well. Mandarin is tough to learn because it’s a tonal language and uses a logographic script, hànzì. To be able to read and write, you have to learn thousands of characters. Japanese requires a large amount of study to learn because its writing system includes three different scripts, and the language includes different vocabulary and grammatical forms to use based on social context. This system of honorific speech is called keigo.

Korean and Arabic may not be as hard, but they’re still challenging. Korean uses an alphabet, but unlike Spanish or French, its letters combine to form syllabic blocks. Also, some of its letters are tricky to pronounce, and Korean has its own version of honorific speech that requires specific forms of words depending on social context. Arabic’s writing system has several features that can confuse learners, including leaving out most vowels, writing from right to left, and letters changing shape depending on their position in a word.

Spanish speakers do have one small consolation when learning Arabic: the languages share a surprising amount of vocabulary. Around 4,000 Spanish words, including “naranja” (orange) and “taza” (cup), are derived from Arabic words.

Just as learning Arabic is hard for Mandarin speakers, learning Mandarin is hard for Arabic speakers. Though people familiar with Arabic may find Mandarin’s grammar rules refreshingly simple, learning tones can be a big stumbling block, and Mandarin characters, called hànzì, are completely different from the Arabic abjad.

Another difficult language is Russian. Arabic speakers find Russian grammar complicated because it has a large number of unfamiliar rules and a ton of exceptions to those rules. Pronunciation is also tricky because word stress varies based on context, and you can’t rely on a few simple rules to learn proper Russian pronunciation.

Finally, there’s Finnish, which has a broad reputation for being a difficult language to learn. A major reason why is that Finnish has so many different noun cases and verb conjugations that can shape words depending on their context. Arabic only has three cases — nominative, genitive, and accusative — while Finnish has a staggering 15 cases. You can see this illustrated with some simple sentences centered around the Finnish word for house, “talo.”

Generally speaking, difference equals difficulty when it comes to learning a new language. There are a number of ways that a language can differ from your own. The four key ways that determine language learning difficulty are:

Languages can be grouped into language families based on how they developed and common ancestor languages. Linguistic distance is a measure of how related one language is to another language. The closer a language is related to yours, the easier it will be to learn. Conversely, languages that are completely unrelated to your language will be more challenging and take longer to master.

A big reason for this is that languages that are related usually share a high number of cognates, or words with a similar appearance and meaning. As an example of cognates, here are the words for “a smile” in different Romance languages:

Cognates can make a language feel familiar. A 2010 study that looked at immigrants to the Netherlands who were learning Dutch found that people who spoke languages with a lot of Dutch cognates — such as Swedish, German, and Danish — did better on a Dutch language exam compared to people who spoke languages with few Dutch cognates, such as French and Greek.

By the way, if you guessed that Dutch, Swedish, German, and Danish are part of the same language family, you’re right! They’re all Germanic languages.

Grammar is the system that defines how words are formed and put together into sentences. Each language has its own distinct set of these rules. In Spanish, for example, verbs are conjugated differently depending on the sentence’s subject. The phrase “I speak Spanish” would be “yo hablo Español,” while “you speak Spanish” would be “tu hablas Español.”

A language’s grammar also determines the order of words in sentences. For instance, in Italian, sentences are structured subject-verb-object (such as “I threw the ball”). In Gaelic, though, verbs go at the beginning of a sentence, so Gaelic sentences are structured verb-subject-object (“Threw I the ball”). Trying to learn a language that uses different grammar rules could mean retraining your brain to think of words and sentences in brand new ways.

Human speech as a whole uses over 800 phonemes, which are the individual sounds that act as the building blocks of spoken language. However, most languages only use a few dozen of these sounds. Learning a language includes learning how to recognize and produce the phonemes that make up that language, and if many of those sounds don’t exist in your native tongue, that’s an added level of difficulty.

A Korean speaker learning Arabic, for example, might have a hard time with the letter ح, which sounds like an ‘h’ that is pronounced using the throat. The Korean language doesn’t have an equivalent phoneme.

If you want to become proficient in a language, you’ll eventually need to learn whatever system of writing the language uses. Most major writing systems generally fit into one of these categories:

How does knowing a language’s difficulty help?

Being able to judge how hard a language will be to learn aids you in a few ways. First, it helps you determine how much of a challenge you’re up for in your language journey. Tackling a language that requires you to learn a ton of new words, rules, sounds, and symbols won’t be easy, but it can be a rewarding hobby. It can also set you apart from other people who speak your native language, since fewer people are willing to learn difficult languages, generally.

On the flip side, you may be looking for a language that’s as easy to learn as possible, and being able to judge which languages are most similar to your own will help you find one.

Knowing language difficulty will also help you come up with a realistic timeline for learning. Even the easiest languages typically take a few hundred hours of practice to become proficient, while harder languages can take thousands of hours. Knowing how high a barrier you’re up against will help you not get discouraged when you run into obstacles, as well as savor the progress you make.

Whether you’re interested in learning an easy or hard language, Rosetta Stone can help you achieve your language goals. With tools like TruAccent, which gives you feedback on your pronunciation while you practice speaking out loud, you can have the support you need to learn at your own pace. Try it today at www.rosettastone.com.

Learn New Languages, and You’ll Find: There’s a Word for That

How to Use Flashcards to Learn a New Language

How to Stay Motivated for Every Language...